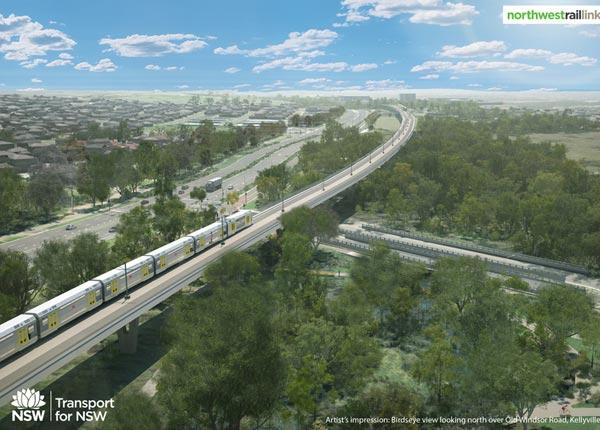 The New South Wales (NSW) government in Australia has confirmed that the North West Rail Link (NWRL) in Sydney will cost A$8.3bn ($7.95bn) and is scheduled to open by the end of 2019.

NSW Minister for Transport Gladys Berejiklian said that it will be a fully-funded project, which will forever change the face of Sydney’s North West.

"We originally estimated the project would cost between $7.5 billion and $8.5 billion plus rolling stock, and as we’ve moved down the contract path we can confirm the project cost will be $8.3 billion, including Sydney’s new generation of single-deck trains," Berejiklian said.

Following completion, the project is expected to deliver over A$35bn ($33.5bn) in benefits to the NSW economy over several decades.

NSW Premier Barry O’Farrell said: "The North West Rail Link is on track and on budget; the first of the tunnel boring machines will be in the ground next year, as scheduled."

In 2014, the government will award the tunnelling contract and procure and deliver the tunnel boring machines to dig 15.5km of rail tunnels between Bella Vista and Epping.

"The project is expected to deliver over A$35bn ($33.5bn) in benefits to the NSW economy over several decades."

Formal tender documents have been issued to the two shortlisted consortia led by Serco and Hong Kong-based MTR Corporation to operate the rail link.

The operations, trains and systems (OTS) contract is to operate the 23km rapid transit line between Epping and Rouse Hill.

The OTS deal will be implemented in a public-private partnership (PPP) and is expected to be awarded in the third quarter of 2014.

Work under the project includes the construction of eight new railway stations, supply of 4,000 car parking spots, delivery of single-deck trains, installation of tracks, signalling, mechanical and electrical systems, as well as the operation of the NWRL.

Earlier this month, the government agreed to adopt a fully-automated rapid transit system for the 23km rail line, making it the first completely driverless mass transit system in the country.

Automated systems are being implemented to optimise the running time of trains and increase the average speed of the system.

Image: Following scheduled opening in late 2019, the North West Rail Link is expected to deliver over A$35bn ($33.5bn) in benefits to the NSW economy over several decades.