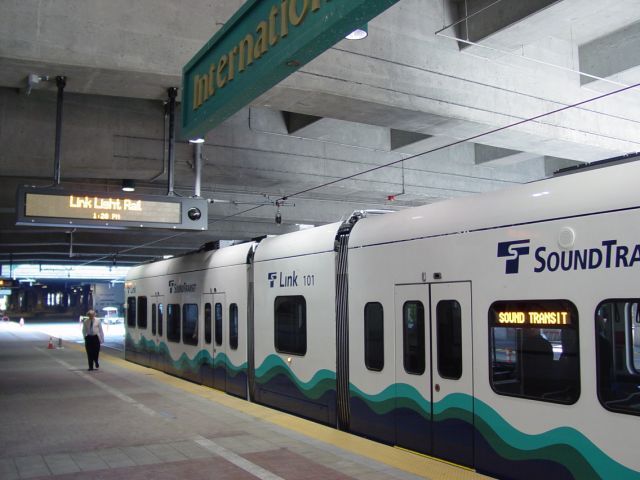 Extension of the light rail is set to be the largest Sound Transit 2 construction project to date.

The new line, which will run from Husky Stadium in Seattle to stations serving the University District, Roosevelt and Northgate, is expected to open for service in 2021.

Upon completion, a trip from Northgate to downtown is expected to take 14 minutes, while Northgate to UW Station will take eight minutes.

Sound Transit Board chair and Pierce County executive Pat McCarthy said that the commencement marks an important step toward delivering the 36 miles of light rail extensions that voters approved in 2008.

"The start of construction not only offers good news for commuters but also for our entire region’s economy, with our projected creation of more than 20,000 direct and indirect jobs," McCarthy said.

"Upon completion, a trip from Northgate to downtown is expected to take 14 minutes, while Northgate to UW Station will take eight minutes."

The Federal Transit Administration (FTA), the City of Seattle, King County Metro, the University of Washington and Puget Sound Regional Council area are all involved in the project.

"This project creates jobs and brings more good transportation choices to everyone who lives and works in Seattle, the University of Washington and Northgate," Rogoff said.

In 2013, Sound Transit will select a contractor to excavate the underground stations and use tunnel boring machines to build twin 3.7-mile tunnels from north of the Roosevelt neighbourhood to the University of Washington Station.

Tunnelling work for the project is expected to start in late 2014.

Other works include building Northgate Station and the elevated guideway to the tunnel portal, finishes at the U District Station and Roosevelt Station, utility work, as well as systems and track work.

The project is on schedule to be finished in 2016, while Sound Transit is also planning for the extension of light rail southward from the airport to South 200th Street, which is also expected to open during that time.

By 2023, further Link extensions to the north, east and south will stretch the Link system to about 50 miles, with service to Shoreline, Mountlake Terrace, Lynnwood, Mercer Island, Bellevue, Redmond’s Overlake area and South King County.