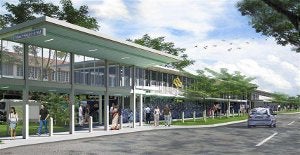 Under the contract worth A$329m ($308m), the Leighton-John Holland joint venture will build the Springleaf station and two kilometres of twin-bored tunnel on the 30km underground rail Thomson Line.

The joint venture was already awarded an A$130m ($121m) contract to construct the Jalan Besar Station in 2011.

As part of the latest contract, the civil engineering services that will be provided by the joint venture will help the Thomson Line to deliver increased accessibility, while significantly reducing travel time for commuters.

"The project award supports our strategy of exporting our core competencies across the Asia region."

Leighton Asia, India and Offshore managing director Ian Edwards said: "We have developed a strong working relationship with LTA and the award is indicative of our proven track record for delivering projects to the highest standard.

"With over 30 years’ experience in rail infrastructure in Hong Kong, the project award supports our strategy of exporting our core competencies across the Asia region."

Work on the contract will begin immediately, and is scheduled to be completed by 2020.

On completion the Thomson Line will include 22 stations and six interchange stations.

Earlier this month an S$174m (£87m) rail contract from Singapore’s LTA for the design and construction of the Mayflower Station on the Thomson Line was awarded to Gammon Construction, a joint venture of Balfour Beatty in South East Asia.