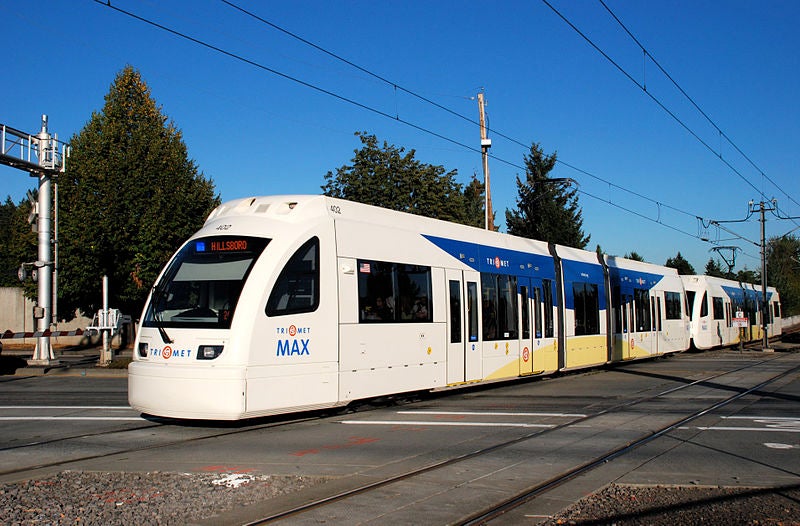 Siemens has won a $73m contract from Tri-County Metropolitan Transportation District of Oregon (TriMet) in Portland, US, to build 18 S70 light rail vehicles.

The new vehicles are expected to be delivered in August 2014 and start service in autumn 2015, bringing the total number of light rail cars built for TriMet by Siemens to 119.

The S70 LRVs, which have been designed for the American market, have a maximum speed of 66mph and are already in service on networks in Houston, San Diego, Charlotte and Salt Lake City.

The 18 light rail cars were ordered as a part of the Portland-Milwaukie Light Rail project in Oregon, US.

When the line opens in September 2015, it will bring the system up to a total of 60 miles and 97 stations, carrying about 25,000 passengers each day.

Earlier this month, the Federal Transit Administrator (FTA) had provided a grant of $745.2m to TriMet for the construction of the Portland-Milwaukie Light Rail project.

The development, which includes construction of a double-track light rail transit (LRT) extension of the existing Yellow Line, is expected to expand transit options and create easier commutes between downtown Portland and the Milwaukie suburbs.

Funding will be used to build ten new stations and a new transit bridge over the Willamette River to facilitate the 7.3 mile expansion of services from Portland State University, across the river and into Milwaukie and north Clackamas County.

The service on the MAX light rail line to Milwaukie is scheduled to start in 2015, which will expand the rail system to 60 miles. It is expected to transport more than 27,000 passengers a day by 2030.