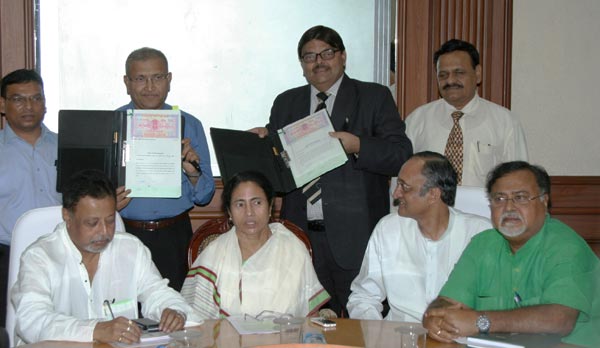 West Bengal Chief Minister Mamata Banerjee and former Raiway Minister of India said that the new facility would lead to the overall development of the region and urged the officials to complete the plant by 2013 instead of its planned completion in 2014.

"I had announced the project in my 2010 budget speech and railways have assured annual off take for 5,000 units," Banerjee said.

SAIL chairman CS Verma said the company is on the lookout for new markets where it can refocus on opportunities to supply more value-added steel.

"Railways, which require stainless steel and other special grade steel items for manufacturing of various types of passenger coaches and goods wagons, as well as the cast steel frames (bogies and couplers) for these coaches, will be one such potential segment for SAIL," Verma said.

The SAIL-BSCL venture is expected to be able to secure a good share of the market for the new / upgraded products, the company said.