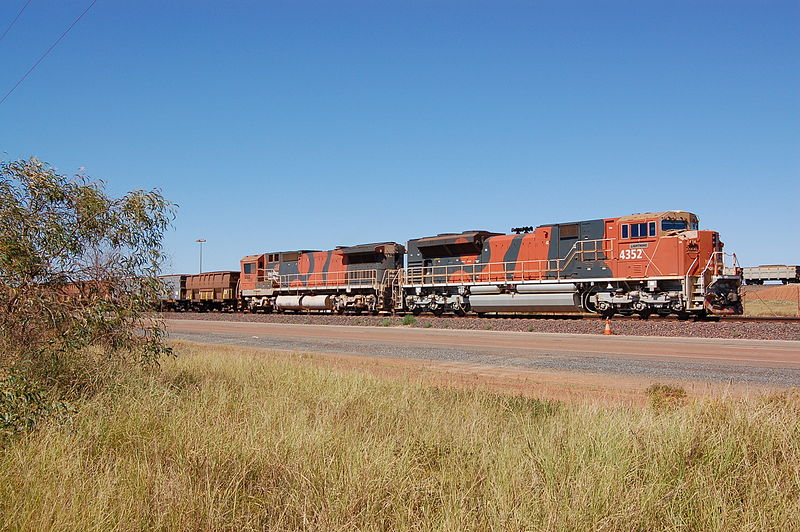 The modular signalling system will include a central safety server that coordinates train movements, an on-board driving module to allow full train automation and complete reuse of wayside infrastructure, without disrupting train operations during deployment.

Rio Tinto's automated train system is scheduled to be finished in 2015, and is intended to improve the flexibility and capacity of Rio Tinto Iron Ore's mining rail network.

"The contract is the latest in a series of heavy-haul rail projects Rio Tinto has awarded to Ansaldo under a five-year framework agreement."

After the implementation of the system, Rio Tinto will use driverless trains to transport iron ore on its 1,500km heavy-haul rail network in the Pilbara region.

The contract is the latest in a series of heavy-haul rail projects Rio Tinto has awarded to Ansaldo under a five-year framework agreement.

Rio Tinto currently operates 41 trains from mines to ports, comprising 148 locomotives and 9,400 iron ore cars, and the automated system will allow the company to increase production in Pilbara without investing in additional trains.

In May 2012, Ansaldo STS Australia won a contract to deliver satellite positioning-based train control and protection systems for the 342km rail line that is being built as part of the Roy Hill iron ore mining project in Western Australia.

Ansaldo STS Australia will supply the train communication system for the first two phases of a staged signalling and communications system on the heavy-haul rail line linking the mine site to Port Hedland.

Image: Ansaldo will provide the train communication system on the heavy-haul rail line connecting a mine site to Port Hedland. Photo: courtesy of Bahnfrend.