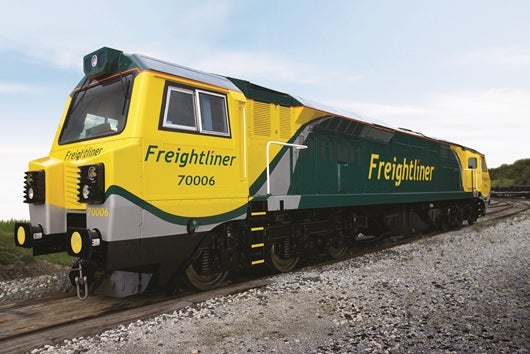 UK-based engineering firm Ricardo has helped GE Transportation conduct fuel consumption tests on its Class 70 railway locomotives, which could offer 18% fuel savings when compared to the Class 66 locomotives currently used on most of the UK rail freight network.

Ricardo has assessed a range of technology packages that could be applied to the Class 66 locomotive as part of a study carried out for the UK Department for Transport (DfT) in partnership with the Transport Research Laboratory (TRL).

The engineering firm has created its own estimates and used them to compare a range of technologies to enhance the locomotive’s fuel efficiency because the brake-specific fuel consumption of the two-stroke engine of the Class 66 was not available during the study.

Following the Ricardo study, GE carried out back-to-back tests in November 2012 at Wabtec Brush Traction’s facility in Loughborough, UK, to show that the Class 70 locomotive equipped with its four-stroke PowerHaul engine is more fuel-efficient than the Class 66.

Ricardo was contracted by GE to ensure that the tests were carried out using the proper methodology, in an accurate and objective manner.

GE Transportation PowerHaul Platform leader Gary Lacy said: "By having these back-to-back tests conducted we wanted to demonstrate to our customers and other rail freight stakeholders the true scale of fuel savings that are possible from this product in comparison with the Class 66 vehicle, which is still widely used within the UK."

During the test Ricardo was responsible for overseeing the work, and validated the test, obtained analysis and generated results.

Ricardo head of rail vehicle technology Jim Buchanan said: "This work naturally builds upon the study with the UK Department for Transport that we reported in March 2012, and provides an extremely rare opportunity to evaluate a locomotive typical of the current Great Britain rail freight fleet against a state-of-the-art vehicle comprising many of the technologies that we recommended for consideration in that study."

"During the test Ricardo was responsible for overseeing the work, and validated the test, obtained analysis and generated results."

Both locomotives used fuel from the same batch that included a weighing load cell, giving a weight accuracy of around 0.02%.

During testing, the main and auxiliary electrical power generated was measured, and in the case of the Class 66, account was taken for the mechanically driven auxiliaries.

According to Ricardo, analysis of the test results showed that the Class 70 PowerHaul locomotive would save 18% of fuel compared to the Class 66.

The Class 70 locomotive is expected to achieve further fuel savings when closing down the engine during extended idling using the automatic engine stop/start (AESS) system and auxiliary power unit (APU).

Image: GE’s tests showed that its Class 70 locomotives would save 18% of fuel compared to the Class 66. Photo: courtesy of Ricardo.