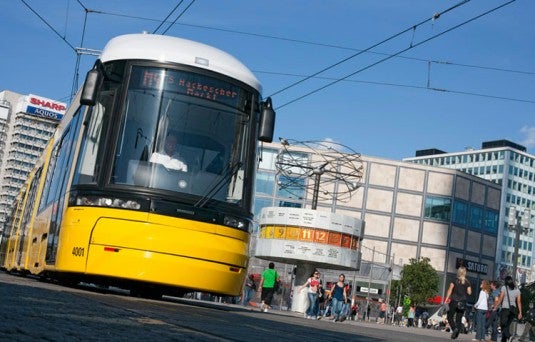 The company has also expanded the tram system to incorporate a simulator cabin for the BVG’s new Bombardier Flexity Berlin tram.

Rheinmetall’s engineers have expanded the simulator’s virtual network of tram lines, updated and advanced the computer and projection systems, and incorporated more functions into the simulator controls.

BVG’s new traffic and driving simulator, VeFaSi, is based on an interchangeable driver’s compartment concept.

VeFaSi consists of a basic system and different driver’s compartments for the three trams in service with BVG, in addition to vehicle-specific simulator software.

"The company has also expanded the tram system to incorporate a simulator cabin for the BVG’s new Bombardier Flexity Berlin tram."

Rheinmetall said that the simulator can be reconfigured for any of the three trams run by BVG in Berlin in thirty minutes by switching the driver’s compartment.

The company said it has used its interchangeable driver’s compartment concept to integrate the new Flexity Berlin tram type in the simulator, along with the current replicas of the GT 6 low-floor vehicle and the upgraded Tatra KT4Dt-M vehicle.

In July 2012, Bombardier won a €134m order from BVG to deliver an additional 39 Flexity trams, which is part of a framework agreement for 206 Flexity trams signed in 2006 and will take the total number of models currently operating in Berlin to 142.

Delivery of the additional trams is scheduled to start in 2016 with the full order of vehicles set to have arrived by 2017.

Image: Rheinmetall’s VeFaSi simulator for BVG-operated trams is based on an interchangeable driver’s compartment concept and a motion system to reproduce forces that take place during driving. Photo: courtesy of Rheinmetall.