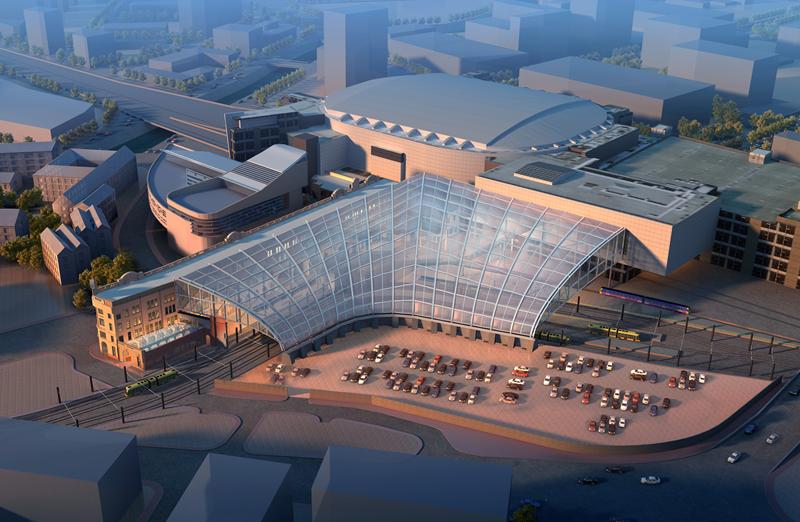 Work, which includes the installation of a new station roof, has begun on the £44m upgrade of Manchester Victoria station in the UK.

According to Network Rail, the new roof is part of a scheme to bring the station up to 21st century standards, transforming it into a major regional interchange.

Scaffolding is currently being erected at the station to install a temporary roof deck, after which work will begin to dismantle the old station roof.

Work under the project also includes restoration and improvements to some of the station’s major features, including the glazed canopy at the front of the building.

"The new roof is part of a scheme to bring the station up to 21st century standards, transforming it into a major regional interchange."

The scope of work will also involve the construction of a new bridge link to Manchester Arenato make the entire station fully accessible.

A new line linking the Grade II-listed station with Manchester Piccadilly has been approved, and is part of a plan to improve rail services in and around Manchester, called the Northern Hub.

The improvements are intended to future-proof the station, allowing the upcoming electrification of the line to Liverpool and space to accommodate double the number of passengers by 2019.

Network Rail route managing director Dyan Crowther said: "Manchester Victoria is becoming increasingly busy and with even more trains and passengers set to travel through this historic station in the future; it’s vital that we invest now to create a station fit for the needs of passengers in the years ahead."

Funding for the project is being jointly provided by Network Rail, Manchester City Council and Transport for Greater Manchester, with the project scheduled to be completed by the end of 2014.

Image: Restoration works at Manchester Victoria station are expected to be completed by the end of 2014. Credit: Network Rail.