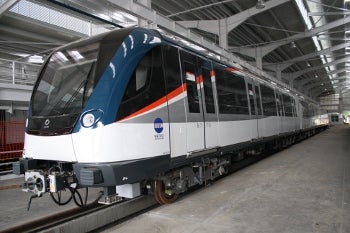 Spanish infrastructure company FCC has announced that the $1.8bn Panama Metro Line 1, Central America’s first metro and the ninth in Latin America, is now over 90% complete.

The dynamic testing allows the examination of all operational components concerning the circulation of the vehicles.

At present, the works are focused on conducting the required testing for all equipment and systems currently deployed, including catenaries and railways.

On 13 September, FCC successfully completed the inaugural trial of trains along a 2km test run between the Albrook and 5 de Mayo stations in Panama City.

"The dynamic testing allows the examination of all operational components concerning the circulation of the vehicles."

Panama Metro Line 1 is 14km long with 11 stations, some of which will run above ground.

The line will run from the Grand National Transport Terminal in Albrook to the Los Andes shopping centre, in the town of San Miguelito, and is expected to directly benefit nearly one million people.

The consortium, which secured the contract in 2010, will deliver the rolling stock.