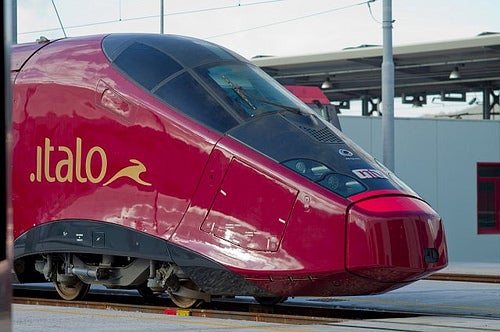 The €1bn initiative, which is co-owned by an Italian consortium along with French national rail company SNCF who have a 20% stake, is set to compete with the country’s state-owned rail operator Trenitalia.

NTV is set to extend the rail service to Salerno, Torino and Venezia by the end of 2012.

The company is planning to raise its market share in the country’s high-speed travel sector to 25%, by increasing the number of trains to 25 by 2014.

The AGV trains operating on the high-speed rail corridor have been supplied by Alstom, under a €650m contract signed in 2008, and will run at speeds of 300kph with each train comprising of 11 coaches and offering around 500 seats.

Compared to previous TGV trains, the AGV models are quieter and cheaper to run, while also providing 20% more passenger space, due to motors being located under each railcar, instead of at the end of the locomotives.

The modular design trains are equipped with Wi-Fi, live television and a 39-seat cinema car.