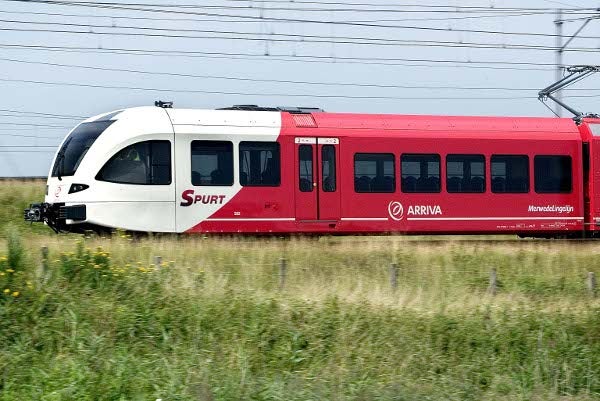 In early 2011, Arriva carried out tests on ten trains, after which the project has now been extended to equip Nomad wireless routers on its remaining 51 trains.

The Dutch rail operator expects to provide free passenger wi-fi service on its total fleet of 99 trains by January 2013, including the 38 new Stadler trains that will enter service at the end of 2012.

The pilot carried out on the first ten trains has demonstrated rapid uptake with about 30% of the passengers using the wi-fi free service.

Nomad Digital chief executive Alexander Eriksen commented: "With virtually every train in the Netherlands soon to be connected with free wi-fi, all using Nomad Digital, the country leads the way in connectivity on transportation."

When using a single provider, internet download speeds of up to 20 megabytes per second were recorded during the trail, based on the number of users.

"In early 2011, Arriva carried out tests on ten trains, after which the project has now been extended to equip Nomad wireless routers on its remaining 51 trains."

It was also observed during the trail that a free wi-fi service influenced the passenger satisfaction, which went up to a record 8 out of 10 from the earlier 7.3 when there was no service.

Nomad Digital also plans to add an internet portal that can be used to display real-time updates and special offers, in order to enhance passenger information on trains.

Attendant benefits of the enhanced connectivity comprise the ability to share high-quality live images from its CCTV cameras on every train as well as data exchange from train to shore including train’s exact location to monitoring fuel efficiency.

Nomad Digital key account manager Patrick Egbertzen said: "People are getting increasingly used to wi-fi wherever they go, whether in restaurants or public places, with travellers wanting to get more out of their travel time by always staying connected."