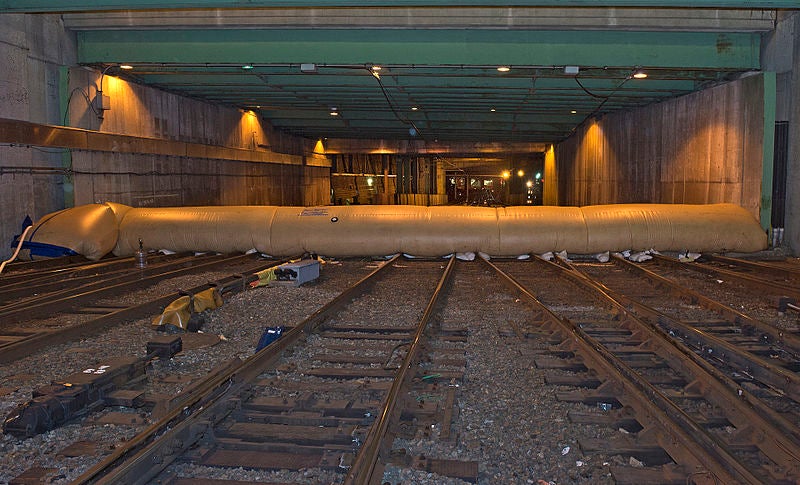 The arrival of Hurricane Sandy on the US East Coast on Monday evening has caused chaos across the New York rail transport system.

The MTA announced that floodwater had reached seven subway tunnels under the East River, with water also reported in the tunnel that takes the no. 1 train to South Ferry in Manhattan.

MTA chairman Joseph Lhota revealed that on the Metro-North Railroad, the 59th St – Croton-Harmon section of the Hudson Line and up to New Haven on the New Haven Line had lost power during the storm.

The Long Island Rail Road has evacuated its West Side rail yards and reported flooding in one East River tunnel, according to Lhota’s statement.

"The city is planning to rely heavily on bus services while the subway system is restored."

"The New York City subway system is 108 years old, but it has never faced a disaster as devastating as what we experienced last night," said Lhota.

The MTA has not yet laid out a firm timetable for getting the system operational again, as the full extent of the damage is still being assessed.

The city is planning to rely heavily on bus services while the subway system is restored, including the possibility of creating temporary bus-only lanes to improve efficiency, according to ABC News.

Image: The Long Island Rail Road evacuates a West Side rail yard and erects barriers to protect the facility from floodwater. Photo: courtesy of MTA.