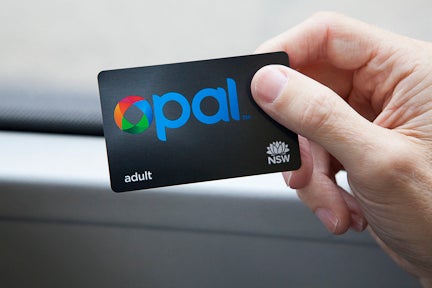 The rollout of the electronic train ticketing system will commence on 14 June 2013 and run until March 2014.

The trial will initially include the City Circle stations, as well as those on the Eastern Suburbs line between Central and Bondi Junction.

In the last quarter of 2013, the trial will be expanded to include stations on the North Shore line between Central and Chatswood, with more than 300 other stations to be included by the end of 2014.

The NSW government will offer a discount of 8% for single train journeys on the Opal card compared to single paper ticket prices to encourage customers to use the new smart ticket.

The government is also offering a further off-peak discount of 30% for all journeys taken before or after the weekday morning and afternoon peaks, as well as all day on weekends.

"The start of Opal on trains signals the end of fumbling for coins and ticket queues on a Monday morning; customers can link their Opal card to their credit or debit card and never have to worry about buying a ticket again," Berejiklian added.

"The trial will initially include the City Circle stations, as well as those on the Eastern Suburbs line between Central and Bondi Junction."

The new system is being built with other financial incentives; after eight paid journeys in one week, travel will be free for the remainder of the week.

A daily fare cap of A$15 from Monday to Saturday has also been introduced, and on Sundays the daily cap will be reduced to A$2.50.

Berejiklian said that the launch of a smart ticketing system is a complex undertaking, and expected a few "hiccups along the way" during the staged rollout.

"Our trains move hundreds of thousands of people around Sydney every day, so we need to get it right by first trialling the system’s equipment and back office processes," Berejiklian added.

NSW plans to roll out the Opal card system in 40 ferry wharves, more than 300 train stations, more than 5,000 buses and the light rail system by 2015.

Image: Opal, an electronic ticketing system, will be introduced on the City Circle and at stations out to Bondi Junction on 14 June 2013. Photo: NSW Government