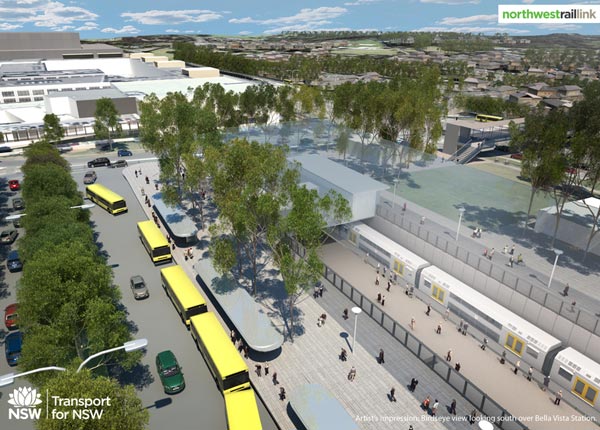 In the joint venture, Thiess will have a 50% share, John Holland will have a 25% stake and Dragados will have the remaining interest.

Under the deal, the JV will be responsible for the construction of 15km long twin-bored tunnels between Bella Vista and Epping, to allow trains to pass through them as first part of three phase project.

The project also includes excavation and civil works for five of the eight new stations at Cherrybrook, Castle Hill, Showground, Norwest and Bella Vista, as well as two service facilities.

Four custom-made tunnel boring machines (TBMs) will be used to build the 6.2m diameter tunnels, with the first of the TBMs to be in the ground in the second half of 2014, while the remaining will follow soon after.

The JV expects to place an order for four new TBMs in the next few weeks, following which work will begin on the three tunnelling sites at Bella Vista, Showground and Cherrybrook, with scheduled completion in the first quarter 2017.

Following completion of the tunnelling contract, work will continue along the 36km length of the project to lay tracks, fit out stations and supply Sydney’s new generation rapid transit trains.

NSW Minister for Transport Gladys Berejiklian said the work on the North West Rail Link is now at full steam.

"The awarding of this contract also heralds the beginning of a new high capacity rapid transit network for Sydney, which will eventually include a new line through the CBD and beyond," Berejiklian said.

Earlier in June, the NSW Government had confirmed that the NWRL in Sydney will cost A$8.3bn ($7.95bn) and is scheduled to open by the end of 2019.

Upon completion, the project is expected to deliver more than A$35bn ($33.5bn) in benefits to the NSW economy over several decades.

Image: Tunnelling under the A$8.3bn NWRL project is scheduled to be completed in the first quarter 2017.