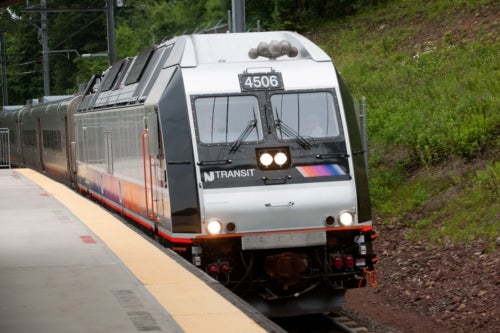 New Jersey Transit has launched a new dual-powered locomotive called ALP-45DP, the first locomotive in the US that can be powered by either overhead catenaries or twin diesel engines, at Montclair State University Station in New Jersey, US.

Developed by STV, the new train saves fuel, reduces emissions and noise, and increases operational flexibility by operating in both electrified and non-electrified territories.

The trains are being introduced as part of New Jersey Transit's modernisation plan to replace its current 40-year-old diesel models.

Design, inspection and test engineering support services for the project have been provided by STV, while the locomotives are being built by Bombardier in Kassel, Germany.

"The new locomotives will be capable of reaching 100mph in diesel mode and 125mph in electric mode, with the switch between the two taking around 100 seconds."

STV said that similar locomotives are being procured for Agence Métropolitaine de Transport in Montreal, Canada.

The new locomotives will be capable of reaching 100mph in diesel mode and 125mph in electric mode, with the switch between the two taking around 100 seconds.

New Jersey Transit will use the diesel trains to operate rail services in non-electrified territories, including the Pascack Valley, Main / Bergen County and Raritan Valley lines, as well as the North Jersey Coast Line between Long Branch and Bay Head, and the Montclair-Boonton and Morris and Essex lines west of Dover.

Image: The new locomotives, designed, inspected and tested by STV, are being built by Bombardier in Kassel, Germany. Photo: courtesy of NJ Transit.