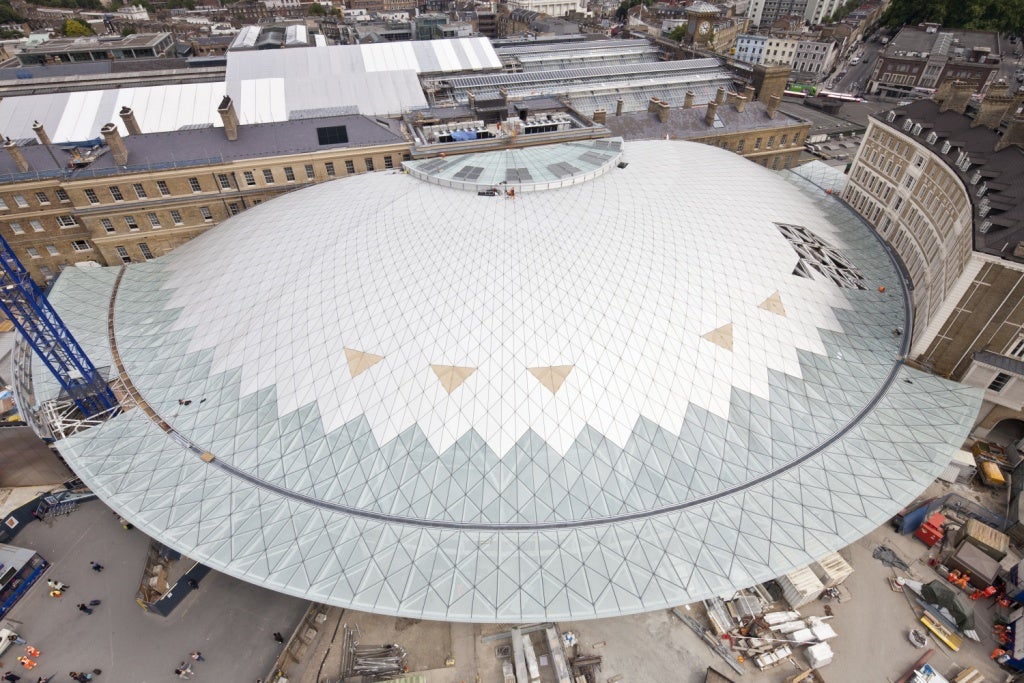 Network Rail will open the revamped new western concourse at its King’s Cross station, which was implemented at a cost of £500m on 19 March this year.

The new western concourse will be a shell-shaped glass and steel building that provides three times the space of the current station concourse.

There will be direct entrances to the new concourse from the tube and for pedestrians from Euston Road, Pancras Road and through new arcades on the ground floor of the Great Northern Hotel.

Improvements to the station, including walking routes based on pedestrian modelling in the design will help to reduce congestion.

A new one-way system means passengers will enter the station through the new concourse and exit via the existing concourse at the bottom of the platforms.

After completion of the concourse 50 million passengers will use the new station each year which will be ten million more than the existing one.

Following the London 2012 Olympic and Paralympic Games, work will commence to build a new 7,000m² piazza in front of the station by September 2013, which is expected to be 50% bigger than Leicester Square.

The square will include a Yorkstone and granite paving pattern with new outdoor seating, while an area suitable for large-scale art installations has also been identified.