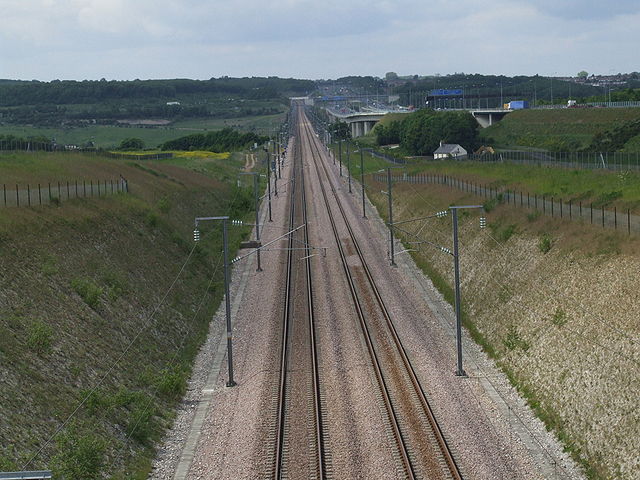 High Speed 1 (HS1), the owner of the UK's only high-speed line, has extended its contract with Network Rail to operate and maintain the line until 2025.

Under the revised deal, Network Rail said that it will align incentives for quality and efficiency and offer HS1 a 10% reduction in price, as well as facilitate sharing future savings.

HS1 will also share 60% of its discount and outperformance with the train operators that use the Channel Tunnel Rail Link (CTRL) route from London St Pancras.

HS1 chief executive Nicola Shaw said the company has conducted an extensive market review and knew that it had alternatives.

"However the quality of delivery from Network Rail (CTRL) has been good over the last few years and this deal offered real benefits to us and to our customers," Shaw said.

"We've now got a decade of certainty on which to work together to improve the line even further and to welcome more growth.

"HS1, owned 50-50 by Ontario Teachers' Pension Plan and Borealis Infrastructure, secured a 30-year concession to own and operate High Speed 1 in 2010.

Network Rail's wholly-owned subsidiary Network Rail (CTRL) operates, maintains and renews the line under a contract that has run from the opening in 2007 to 2047. However, HS1 have the right to look for alternative service providers and terminate Network Rail's contract in 2015.

After 2015, a new fixed-price term will be agreed, determined through the periodic review process undertaken by the Office of Rail Regulation for HS1 control period 2 (2015-20) and control period 3 (2020-25).

Network Rail finance director Patrick Butcher said the company has delivered a high standard of punctuality and overall performance for its client and the route's users, which it aims to continue for many years to come.

"The new contract offers our client even better value and allows HS1 and its customers to share in outperformance through the continuation of the excellent partnership that has been established," Butcher said.

Image: HS1 secured a 30-year concession to own and operate High Speed 1 in 2010. Photo: courtesy of Clem Rutter, Rochester Kent.