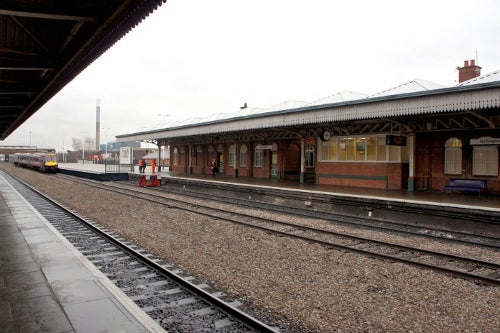 Network Rail, in the UK, is embarking on a £100m plan to renew the railway infrastructure in Nottingham, including new and refurbished station buildings and a redesign of tracks and signals.

As part of the renovation, six miles of track will be relayed and more than 140 new signals will be installed at Nottingham station.

The work includes the closure of three signal boxes, as well as the replacement of Trent power signal box with two new workstations at Derby signalling centre.

Network Rail and the Office of Rail Regulation will fund the new re-signalling plan, for which work has already started.

"The signals are scheduled to be commissioned on August 2013, marking the end of Trent power signal box after 44 years of service."

The development supports the Nottingham Hub project, which is scheduled to start in September and help deliver better station facilities in the city by December 2013.

Network Rail route managing director Martin Frobisher said that Nottingham is an important city in the East Midlands and the station improvements will create the gateway that the city deserves.

"The improvements to the railway infrastructure will improve the flexibility, speed and reliability of the services to and from the city," Frobisher said.

The signals are scheduled to be commissioned on August 2013, marking the end of Trent power signal box after 44 years of service.

Image: The new plan includes the creation of a new platform at Nottingham station, in addition to re-signalling work. Photo: courtesy of Network Rail.