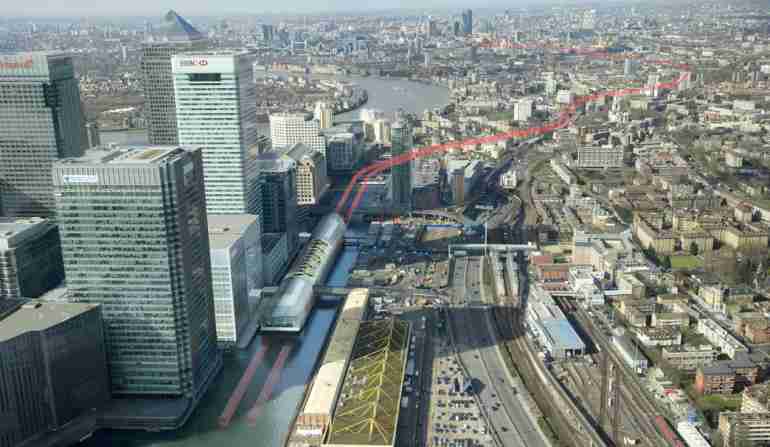 Network Rail has demolished three rail bridges in Slough and Hillingdon to make way for the arrival of new electric Crossrail trains.

Several rail bridges are to be removed and replaced as part of the Crossrail project to provide clearance for the new trains’ overhead electrical equipment.

Network Rail has demolished the Middlegreen Road and Trenches bridges in Slough and the Old Stockley Road Bridge in Hillingdon, with replacement bridges expected to be erected in April 2012.

A temporary footbridge for pedestrians and cyclists has been provided at Middlegreen Road Bridge and a diversion is in place along St Mary’s Road.

A new bridge has also been built in Hillingdon next to the existing Horton Bridge, which is slated for demolition in spring 2012.

Network Rail programme director for Crossrail Jorge Mendonça said the demolition of bridges in Slough and Hillingdon were completed on time during the Christmas period, without causing much disturbance to residents.

"This marks an important step for our Crossrail works, as we prepare to electrify the route, providing passengers with an improved and more reliable service," Mendonça said.

The new electric Crossrail trains will be quieter, smoother and more reliable than the existing diesel commuter trains, according to Network Rail.

"Network Rail has demolished the Middlegreen Road and Trenches bridges in Slough and the Old Stockley Road Bridge in Hillingdon."

Crossrail surface director Matthew White said the rail project will change public transport, making it quicker and easier for people to get to a range of destinations across London and the south east.

"Residents in west London and Berkshire will benefit from new trains, frequent services and better stations as part of this multi-billion pound project to improve rail services in and around the capital," White said.

Network Rail is responsible for the design, development and delivery of the sections of the Crossrail project that are being implemented on the existing network, including upgrading 69km of track and 27 stations from Maidenhead to Abbey Wood and Shenfield.

Scheduled to be completed in 2018, the Crossrail service will pass through 37 stations and run for 118km from Maidenhead and Heathrow in the west, through new twin-bore 21km tunnels to Shenfield and Abbey Wood in the east.

Image: A temporary footbridge for pedestrians and cyclists has been installed at Middlegreen Road Bridge. Photo: courtesy of Network Rail.