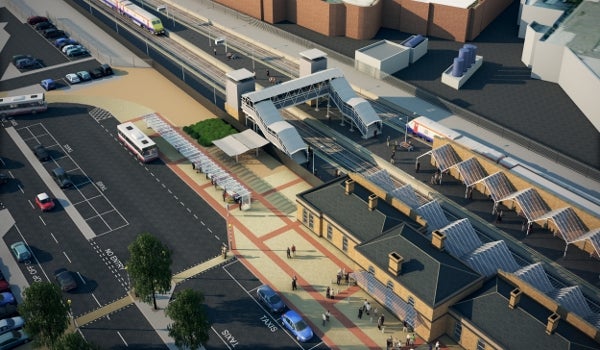 Network Rail has completed the £8m renovation of Loughborough railway station in Leicestershire, UK, ahead of the 2012 London Olympics Games.

Improvements include work on the footbridges and lifts to all platforms, as well as the extension of platforms to accommodate ten-carriage trains into the station, compared to earlier five-carriage trains.

The project was carried out in a partnership between East Midlands Trains, Network Rail and Charnwood Borough Council.

Loughborough MP Nicky Morgan said that passengers can now get on and off along the whole length of the platforms and trains.

"The completion of the improvements come at a perfect time, with Loughborough at the heart of the Olympics, hosting Team GB and Team Japan for the duration of the event," Morgan said.

The project also included the paving of the forecourt and car park as part of Charnwood Borough Council's Eastern Gateway project.

Network Rail route managing director Martin Frobisher said the renovation will allow longer trains to stop, in order to allow more people to travel on the railway in the East Midlands.

"The additional works we have completed make that journey easier, through provision of cycle parking, new information screens and better access around the station. The Olympics will be an important time for Loughborough so it was essential these works finished on time," Frobisher said.

East Midlands Trains director Tim Sayer said: "The extended platforms mean that our passengers will be able to get on and off our trains much more easily and without having to move to a different part of the train."