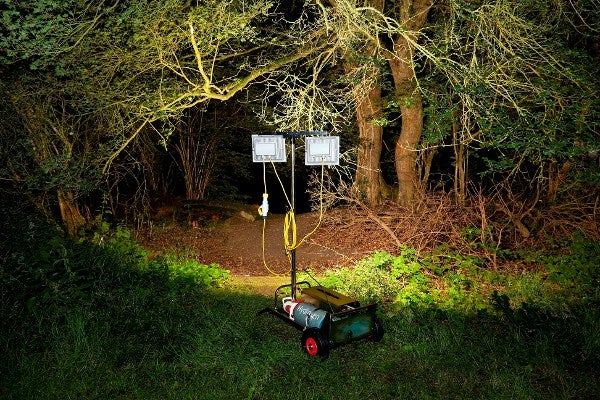 Network Rail has approved the use of the Hymera range of portable hydrogen fuel cell systems from BOC across the UK rail network.

The Hymera fuel cell generates energy by combining hydrogen with oxygen from the air to form electricity and water.

The Hymera system, developed by BOC, a member of The Linde Group, is suited to remote or difficult-to-access locations and can be used to power lighting, tools, mixers and many other machines used for railway infrastructure maintenance.

"The Hymera fuel cell generates energy by combining hydrogen with oxygen from the air to form electricity and water."

Specific products approved for use by Network Rail include the BOC Hymera hydrogen fuel cell generator, and supporting 54-ZH lightweight cylinder for applications such as LED lighting, security cameras, back-up power and communications.

A twin LED lighting rig with the Hymera is expected produce an output of around two 400W halogen lights, which is much more resilient and has a lower operating temperature, the company said.

Network Rail has also approved the BOC PowerPack, a high power battery inverter capable of driving power tools such as 9in angle grinders and band saws.