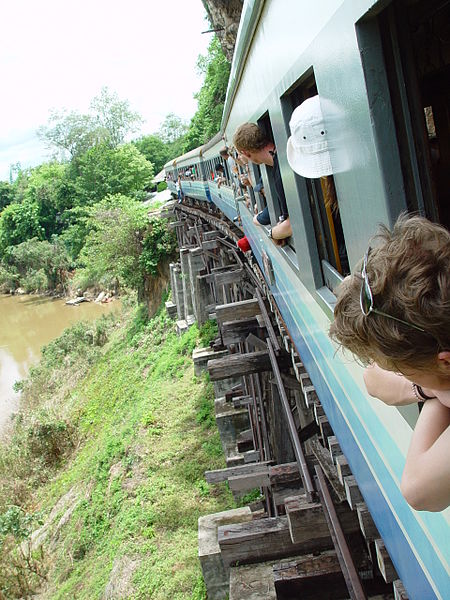 Myanmar is planning to restore a stretch of the Thailand-Burma rail line, known as the Death Railway, which was built by prisoners of war during World War II.

The 424km railway line through dense jungles and mountains was completed in 1943 to transport supplies from Thailand to Myanmar (Burma), before it was destroyed by Allied bombers in 1945.

It is believed that about 100,000 Asian civilians and more than 13,000 POWs died during the construction phase of the track.

Myanmar Railway Minister Aung Min told AFP that a feasibility study on the 105km stretch, running through a narrow section of the country about 100m short of the Three PagodasPass chedi, should begin in October.

"The other countries said they would also help us and we will continue working for it," Min said.

"We will do a survey and try to start working after the rainy season with the help of the international community."

The longest section of the Death Railway in Thailand was destroyed after World War II and just one section remains, from Kanchanaburi town to Nam Tok, which is now being used by a daily tourist train.

The new railway line is expected to offer a much-needed economic boost for the impoverished area by increasing trade with Thailand and attracting tourists.

Image: Death Railway’s one section remaining, from Kanchanaburi town to Nam Tok, is now being used by a daily tourist train. Photo: courtesy of MichaelJanich.