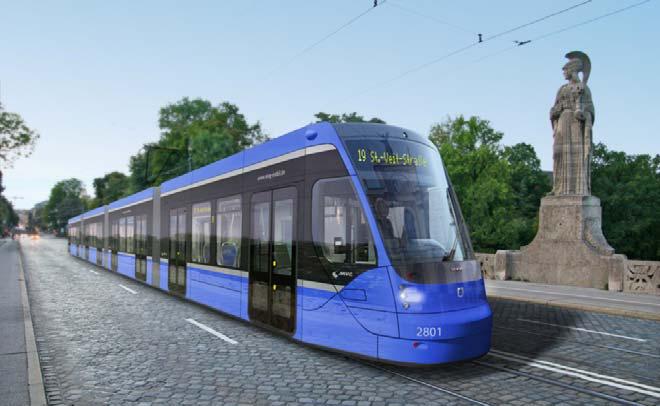 The Munich Public Transportation Company (MVG) has received its first Avenio low-floor LRV from Siemens, as part of a €29m contract from Munich City Utilities (SWM).

This is the first of eight new Avenio Type T1 trams, which were ordered by MVG in a contract awarded in September 2012.

Six of these trams will be used to boost frequency on the existing lines, while the remaining two will be deployed to expand fleet capacity, as reported in Rail Journal.

The remaining two trams will be used when the 2.7km tram extension from Max Weber Platz to Berg-am-Laim S-Bahn station opens in 2015.

Currently, the first vehicle is being put through testing at the company’s Wegberg-Wildenrath test track in Germany, while the second tram is likely to be evaluated in Munich.

The first six trams are scheduled to enter service in Munich by the end of 2013, while the remaining two trams are expected to be delivered by 2015.

The low-floor, four-section 36.85m-long trams being built at the Siemens facility in Vienna will have a width of 2,300mm and the capacity to carry 220 passengers.

Equipped with low axle loads, the trams will travel quietly on old lines to reduce wear on vehicle and track and cut energy consumption.They will operate in a common pool with the Bombardier/Siemens Type R3.3 and Stadler Variobahn Type S fleets.