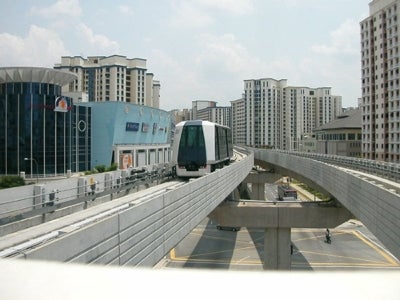 Work under the project, which is expected to be completed by 2016, will include the delivery of 16 new two-car vehicles, the upgrade of 16 of the 41 existing cars for two-car vehicle operation, as well as improving signalling and electrical systems.

MHI and MC will be responsible for the modifications and upgrades to the existing systems, as well as testing and commissioning activities, which will be carried out during off-peak hours.

"The capacity expansion project is required to meet daily ridership demand, which has increased significantly."

Under a contract from LTA in 1998, MHI and MC delivered the automated people mover (APM) systems to the existing Sengkang and Punggol lines, which serve new residential areas in northeast Singapore.

MHI’s fully automated, driverless, rubber-tired ‘Crystal Mover’ APM systems were introduced on the Sengkang and Punggol lines in 2003 and 2005 respectively.

The capacity expansion project is required to meet daily ridership demand, which has increased significantly.

The expansion is also expected to provide increased operational flexibility, facilitating the operation of both single and two-car trains, instead of limiting the system to single-car operation.

Image: MHI and MC expects to complete the capacity expansion of the existing Sengkang and Punggol lines by 2016. Credit: Mitsubishi Heavy Industries.