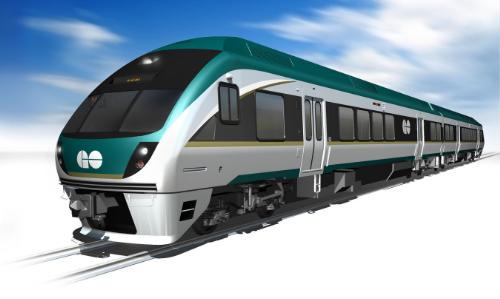 The ARL is scheduled to be operational ahead of the Toronto 2015 Pan / Parapan American Games.

The 25km rail line is expected to eliminate around 1.2 million car trips in its first year of operation by connecting the city’s airport and downtown train station and sharing the GO Transit rail service along the Kitchener line.

Construction is already underway on a new 3km extension that links the Kitchener line to Toronto Pearson Terminal 1.

Premier of Ontario Dalton McGuinty said: "It just makes sense to provide efficient, convenient transportation between Canada’s busiest airport and Union Station and we’re pleased to see that the project is off to a strong start so that we’ll be moving those people in time for the Toronto 2015 Pan / Parapan Am Games."

Metrolinx awarded a $53m contract in April 2011 to Sumitomo Corporation of America to supply 12 diesel multiple units (DMUs) for the ARL express link.

"Travel time between Union Station and Pearson is expected to take around 25 minutes."

The DMUs, which will be equipped with eco-friendly Tier 4 engines and incorporate crush energy management (CEM) features, will be delivered in 2014.

More than five million people a year currently travel between downtown Toronto and Pearson International Airport, and by 2020 the number is expected to reach nine million.

Image: The new DMUs from Sumitomo will be used on the Air Rail Link, which is set to be operational in time for the Toronto 2015 Pan / Parapan Am Games. Credit: Sumitomo Corporation of America.