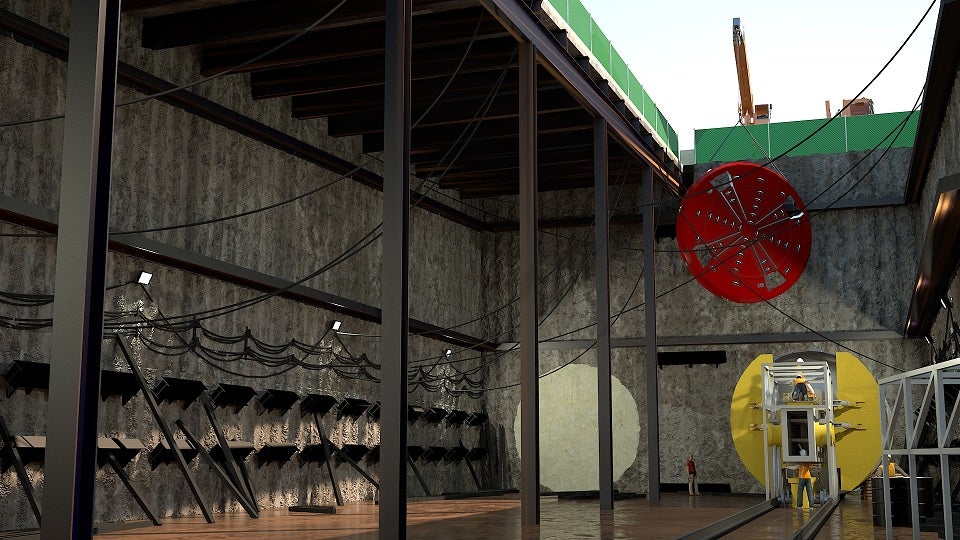 The 6.2km tunnel will be built by Crosstown Transit Constructors, a consortium of Obayashi Canada, Kenny Construction, Kenaidan Contracting and Technicore Underground, under a $320m contract.

Kenaidan Contracting, a part of the consortium, is currently working on a separate contract for Eglinton Crosstown on the West Launch area, widening the bridge over Black Creek Drive and building a caisson wall to allow access shaft excavation for a TBM.

The first of four TBMs are expected to be launched in February from a shaft currently being built near Black Creek Drive; it will be moved east toward Allen Road, where it will be pulled out of the ground and re-launched east of the Eglinton West subway station toward Yonge Station.

The first TBM will be lowered into the Black Creek launch shaft in November 2012 and is expected to take around three months to assemble before tunnelling starts.

A second set of TBMs will be launched from the east and move west toward Yonge Station.

The $4.6bn Eglinton-Scarborough Crosstown LRT project, part of the $8.4bn development to build a 52km LRT line in Toronto, will run 19km from Black Creek to Kennedy station in the east and is expected to be completed by 2020.

The other three projects under the largest LRT expansion in Toronto’s history include the 12km Sheppard LRT, which will link the Sheppard subway at Don Mills station, the 9.9km replacement and extension of the existing Scarborough LRT and the 11km Finch West LRT.

Image: Tunneling work for the Eglinton-Scarborough Crosstown LRT project is expected to start in late 2012. Photo: courtesy of Metrolinx.