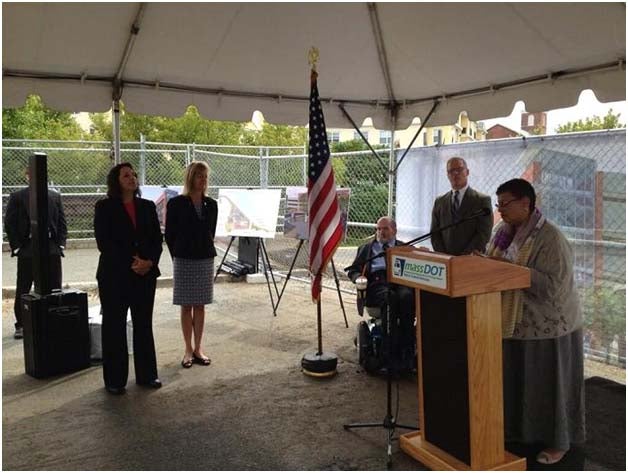 The project will include a five-level parking facility with space for approximately 700 vehicles, which is scheduled to open by 1 October 2014.

Massachusetts State Senator Joan Lovely said that along with the garage going up in Beverly, the project in Salem will further solidify the North Shore as a convenient place for commuters to call home.

"The project will include a five-level parking facility with space for approximately 700 vehicles, which is scheduled to open by 1 October 2014."

Salem Mayor Kimberley Driscoll said that as the busiest commuter rail station on the line, Salem has long been in need of an appropriate, multi-modal transit hub, to anchor the downtown, accommodate commuters, and serve as a suitable first impression of the city for visitors

"I am very much looking forward to the new platform and garage opening next fall," Driscoll added.

Salem Station is the second-busiest on MBTA’s Commuter Rail system with 2,400 boardings per day.

The new rail project design promotes future transit-oriented development opportunities by providing for future development on the nearby City of Salem site and over the bus and vehicle driveways to the riverfront.