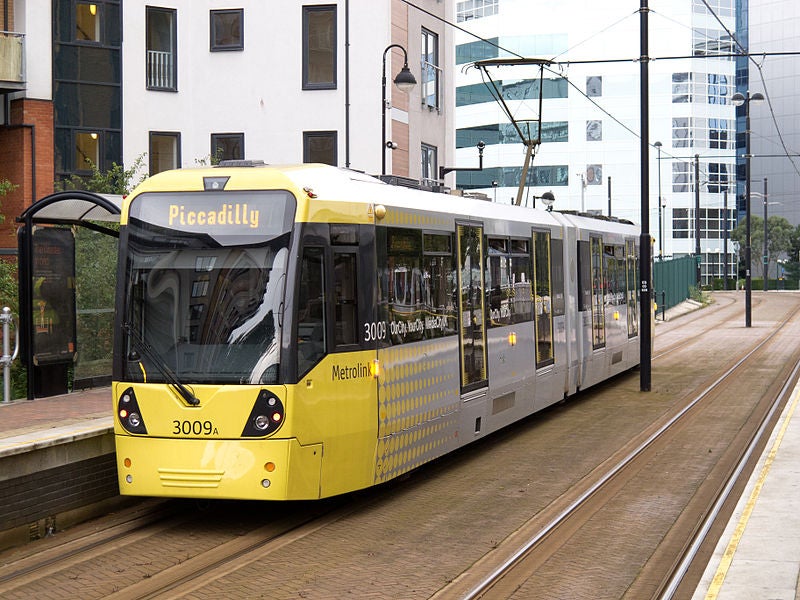 Manchester Metrolink in the UK is planning to order 20 new trams from Bombardier and Vossloh Kiepe.

Metrolink has received approval from the Greater Manchester Combined Authority (GMCA) to replace its old trams, which were introduced during the first phase of the network in 1992.

Scheduled to be delivered by 2014, the trams will replace Metrolink’s entire fleet of T68 trams, which will be retired from service.

In September 2011, GMCA replaced 12 of the 32 original T68 trams with new yellow-and-silver M5000 locomotives from Bombardier and Vossloh Kiepe; the remaining trams will be replaced with the latest order.

After delivery of the trams, all services on the existing and expanded Metrolink network will be served by new vehicles.

Each tram will cost £2m and funding will be sourced from borrowing and cost savings while the Transport for Greater Manchester (TfGM) Committee will oversee the investment on behalf GMCA.

The trams will be used on new lines to Rochdale train station, Droylsden & Ashton-under-Lyne, East Didsbury, Oldham and Rochdale town centres and Manchester Airport & Wythenshawe, which are under construction.

"Scheduled to be delivered by 2014, the trams will replace Metrolink’s entire fleet of T68 trams, which will be retired from service."

TfGM Committee chairman Andrew Fender said that the decision signals the start of a new chapter for Metrolink.

"The arrival into service of our first new vehicles in December 2009 demonstrated just how far the industry has come in that time and it is clear that our T68s no longer live up to the standards that passengers expect," Fender said.

26 T68 trams served the original line from Altrincham to Bury and a further six came into service in 2000 when the Eccles line opened.

With the launch of the South Manchester line to Chorlton and the expansion of the network to Oldham Mumps, 25 M5000s are currently in service on the network every day, which is just over half the available fleet.

The network will be served from a pool of 94 new M5000 trams, once the new lines are commissioned.

The M5000 trams are 10t lighter and claimed to be four times less likely to develop a disruptive fault than the T68s, reducing maintenance costs, Metrolink said.

The new trams are expected to reduce energy costs and extend the life of the rails, helping to reduce long-term track renewal costs and prevent disruption.

Image: The new trams, which are scheduled to be delivered by 2014, will replace the Metrolink’s out-of-date T68 trams. Photo: courtesy of Tom Page.