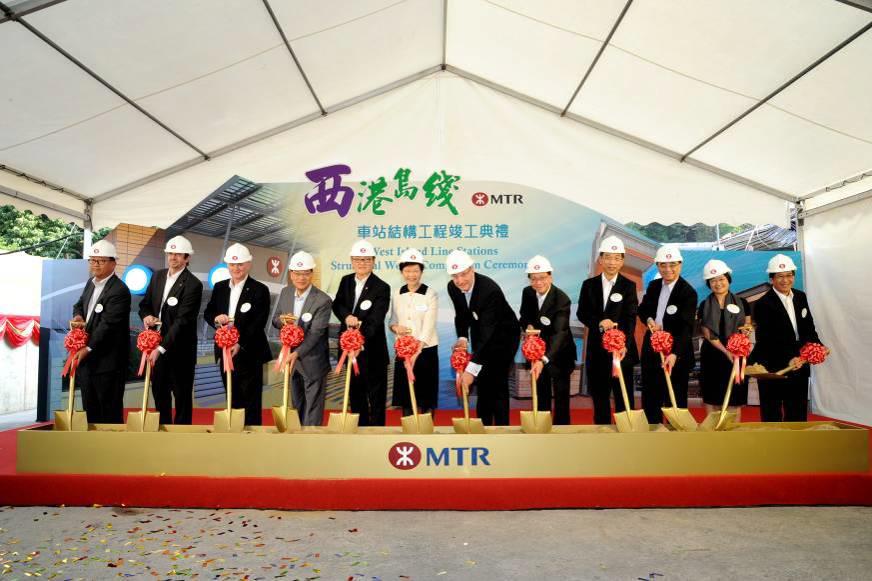 Major structural works at Sai Ying Pun station, HKU station and Kennedy Town station of the West Island Line (WIL) in the Western District of Hong Kong, have been completed.

WIL, a rapid transit line of the Hong Kong MTR metro system, is the first to be completed among the five ongoing new rail projects in the country.

Expected to open in 2014, the 3.2km WIL will connect the oldest business district in Hong Kong with the existing business and financial centre.

The stations have 15 entrances in total. Construction of Kennedy Town station used the cut and cover method, while Sai Ying Pun and HKU stations were built as underground caverns at depths between 50m and 70m below ground respectively.

More than 80% of WIL project is completed so far. Electrical, mechanical and other fitting out works are currently underway.

"This new community railway is rapidly taking shape before us and we are well on track for opening next year."

Hong Kong chief secretary for administration Carrie Lam Cheng Yuet-ngor said: "A high-capacity railway is the backbone of public transport systems in densely populated cities such as Hong Kong. The West Island Line will be the first to be completed among the five ongoing new rail projects in Hong Kong.

"Not only will it alleviate road-based traffic in this area, it will also drive economic activities and community development in the Western District."

MTR Corporation CEO Jay Walder said: "MTR will continue to work closely with the local community and our partners to deliver a safe, reliable and efficient new railway line to serve the 200,000 people living and working in Western District.

"This new community railway is rapidly taking shape before us and we are well on track for opening next year."