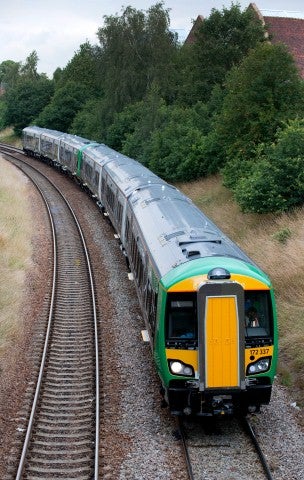 The DAS system will be equipped inside the driver’s cab of the locomotives to help drivers ensure optimum performance against the timetable.

Knorr-Bremse’s DAS is a computerised system that uses real-time information about the train’s dynamics, the timetable and the route profile, including specific topography and speed limits.

The system calculates the best speed in the prevailing circumstances for a train route, helping drivers to change their own driving style to optimise journeys.

"The installation of the system supports our commitment to seek new ways to cut our environmental impacts and work towards our target of reducing our CO2 emissions per passenger journey by 20% by 2015," Margrave said.

"The DAS system will be equipped inside the driver’s cab of the locomotives to help drivers ensure optimum performance against the timetable."

Knorr-Bremse UK managing director Paul Goodhand said that the contacts comprise the supply of all necessary in-vehicle equipment including the main Leader DAS and all back-office support for the remainder of the two franchises.

"We will also provide back up for the system while it is in service," Goodhand said.

Knorr-Bremse is expected to complete the installation and commissioning of the Leader systems on both fleets by Autumn 2013.