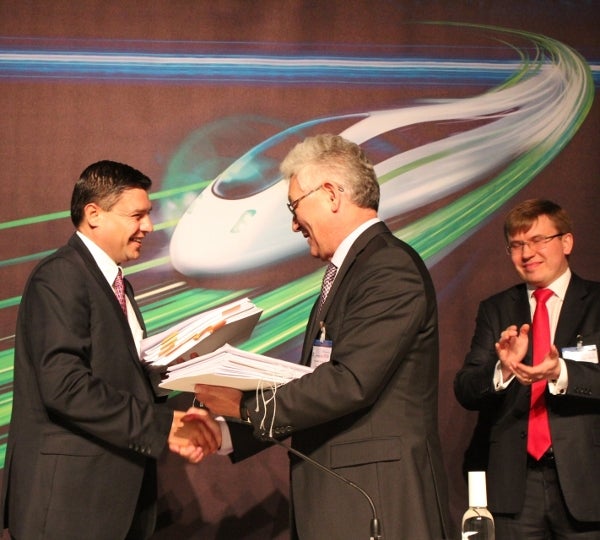 Kazakstan Railways (KTZ) has signed an agreement with GE to produce a passenger version of GE’s Evolution series locomotive at the assembly plant of its subsidiary Lokomotiv Kurastyru Zauyty (LKZ) in Astana.

GE will supply 110 of its Evolution Series locomotive kits built in Grove City and Erie, Pennsylvania, US.

The 43,000m² Astana assembly plant is capable of assembling around 100 locomotives per annum.

Under the new contract, 410 locomotives will be assembled at the plant between 2010 and 2016 with components and kits supplied from the US.

Upon delivery of the kits, LKZ will assemble the GE Evolution locomotives for railroad customers in Kazakhstan and the surrounding areas.

The first locomotive under the order is scheduled to be delivered in the first half of 2014.

The passenger locomotives will be capable of travelling at 160 km/h and equipped with features configured for passenger service in Kazakhstan and its surrounding regions.

LKZ’s fleet of GE-modernised and Evolution freight locomotives are part of the GE’s customised service agreement (CSA) signed in May 2009 with KTZ.

Since 2005, GE has helped the Republic of Kazakhstan upgrade TE10 locomotives with a modernisation package that includes a new microprocessor, electronic fuel injection engine and cooling system.

According to GE, it has invest about $400m over eight years in the Evolution Series locomotive that is equipped with a 12-cylinder diesel engine and produces the same 4,400 horsepower as its 16-cylinder predecessor.