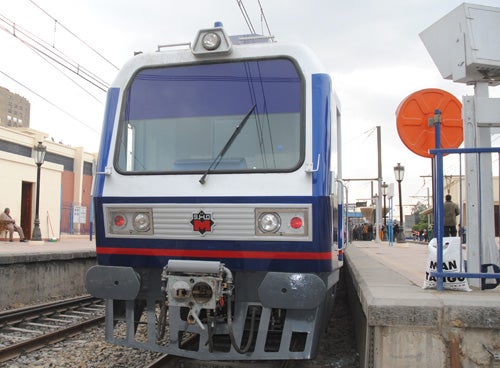 The Japan International Cooperation Agency (JICA) has signed an agreement with the Egyptian Government to provide a loan of JPY32.717bn ($391m) to finance the construction of Cairo's fourth metro line's first phase.

According to the reports, the funding is the first installment of a $1.28bn loan that will be repaid over 30 years, including a ten-year grace period.

The loan will be used to build the metro tunnel, stations and workshop's buildings, procurement of electromechanical equipment, signal and communication facilities, rolling stock, and other related works.

JICA said that the new project uses special terms for economic partnership (STEP) for the first time in Egypt based on the request from the Egyptian Government, and it is expected to transfer Japanese technologies in metro construction, railway operations and maintenance.

In February this year, the €235m first phase of Cairo's third line was opened, which covered construction of a 4.2km tunnel section and five underground stations.

The project was built by a consortium, led by VINCI Construction Grands Projets, including Bouygues Travaux Publics, Orascom and Arab Contractors.

Upon completion, Cairo's Line 3 will cross the Egyptian capital from east to west, from the airport to the districts west of the Nile.

Image: Line 1 of Cairo metro line was operational in 1981 and now has 35 stations connecting Helwan with El Marg. Photo: Alstom.