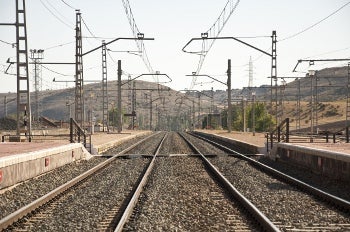 The 534km Mumbai-Ahmedabad high-speed rail corridor project in India will now progress to the next level as the country has given approval for Japan to conduct a feasibility study.

Expected to cost INR630bn ($9.65bn), the proposed route is set to be the first stretch to be explored for the Indian railway sector’s major bullet train project.

The Indian Railway Board chairman Arunendra Kumar said that Indian Railways will sign a memorandum of understanding (MoU) with Japan Internal Cooperation Agency (JICA) to carry out a detailed study.

The planned Japanese study will build a more detailed picture as it will explore the possibility of operating trains at a speed of 300kmph between the cities of Mumbai and Ahmedabad.

The new study will observe the funding pattern, alignment, possible halts, patronage and tariff structure, along with other information required for the project.

All preparations to begin the study will be concluded in September 2013, with JICA’s work expected to get underway in October.

The bullet train corridor study has to be completed in 18-month span, with the cost of the study to be jointly shared by Indian Railways and JICA.

To be implemented under a Public-Private Partnership (PPP) model, the rail corridor project will have the state governments of Maharashtra and Gujarat as stakeholders, along with Indian Railways.

In addition to the Mumbai-Ahmedabad route, India has identified six other routes to carry out pre-feasibility studies for high-speed corridors, including Delhi-Agra-Patna, Chennai-Bangalore-Thiruvananthapuram, Howrah-Haldia and Delhi-Amritsar.

Image: The proposed route is expected to be the first stretch to be explored for India’s bullet train project. Photo: courtesy of graur codrin/FreeDigitalPhotos.net.