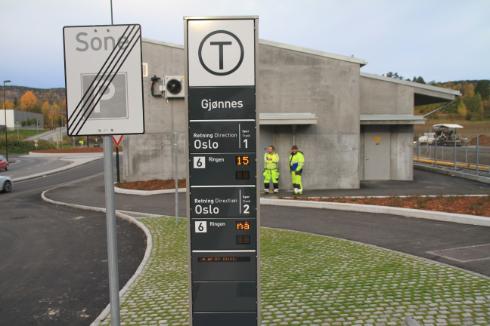 Invensys Rail, along with Norwegian infrastructure owner Kollektivtransportproduksjon (KTPAS), has launched a new signalling system at the recently reopened Gjønnes station on the Kolsås Line of the Oslo Metro system.

Work at Gjønnes is part of the Oslo Metro Kolsåsbanen project, which included the renewal of the metro rail line between Sørbyhaugen and Kolsås.

Invensys started eight-track circuits and associated track circuit automatic train protection (ATP) controls to help the opening and operation of the line between Bekkestua and Gjønnes.

Invensys Rail international delivery director Adrian Stubbs said that the company is now moving to the next stage, scheduled for commissioning in December 2013, which will see work extend to Avløs.

"Work at Gjønnes is part of the Oslo Metro Kolsåsbanen project."

"The final phase, linking to Kolsås, is scheduled for completion in 2014," Stubbs said. "Finally, a new interlocking will also be added to the new Avløs depot scheme, with this work due to be completed in 2015."

Gjønnes station was officially reopened by KTPAS managing director Cato Hellesjø on 8 October 2012, after being closed for four years because of ground movement on one side of the station, which caused a track to turn by 90 degrees.

Image: The new signalling system at Gjønnes station on the Kolsås Line of the Oslo Metro system will be extended up to Avløs. Photo: Kollektivtransportproduksjon.