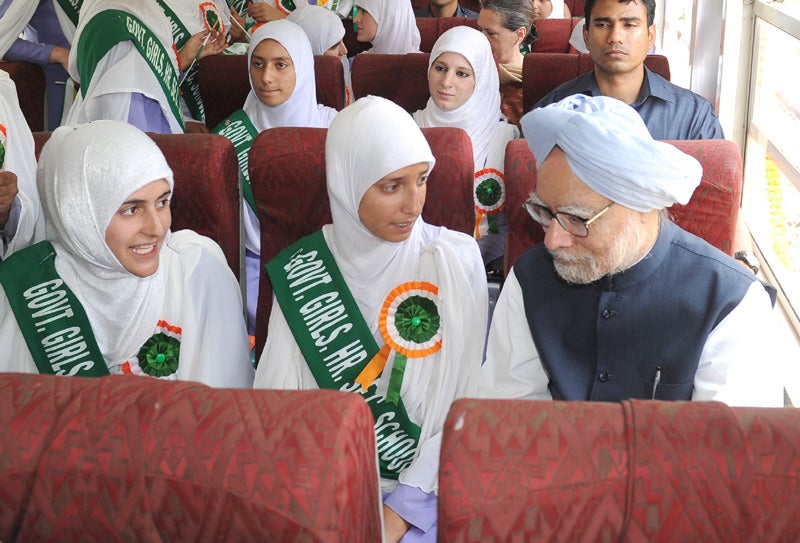 Indian Prime Minister Manmohan Singh has opened a new 17.7km railway line between Banihal in the Jammu region to Qazigund in Kashmir valley.

Built at a cost of Rs16.9bn ($282m), the Banihal-Qazigund section includes the 11.2km Pir Panjal tunnel and offers reduced travel distances between the two towns, from the current 35km by road.

The section connects the Jammu region to the 119km Kashmir Valley line between Qazigund, Srinagar and Baramula, which became completely operational in October 2009.

Operations on the new section started with the launch of the first diesel-engine train between Banihal and Baramulla district in Kashmir.

The new Banihal-Qazigund section paves the way for the future railway connectivity of Kashmir region with the national railway network.

About 6.5km of the route has been built on cutting and embankment, and the line has about 39 bridges.

"Operations on the new section started with the launch of the first diesel-engine train between Banihal and Baramulla district."

The tunnel is equipped with safety systems including CCTV cameras every 62.5m, fire detection and hydrants every 125m, emergency telephones every 250m, fire extinguishers and fire alarms every 250m, air quality monitoring every 500m, escape route signs every 50m, emergency lighting and a public address system.

There is a three metre-wide road along the track for rescue and maintenance purposes, along with a 772m escape tunnel.

Ircon International, a unit of Indian Rail, has been the principal executing agency carrying out work on the Dharam-Qazigund section of the Jammu Udhampur Srinagar Baramulla Railway Link (USBRL) project, which includes the Banihal-Qazigund section and the Pir Panjal Tunnel.

The Udhampur-Banihal section is expected to be completed by 2017, connecting the Kashmir Valley to the rest of the country.

Image: Indian Prime Minister Manmohan Singh travelling in the inaugural train from Banihal to Qazigund with a group of school children in Jammu and Kashmir. Photo courtesy of Press Information Bureau of India.