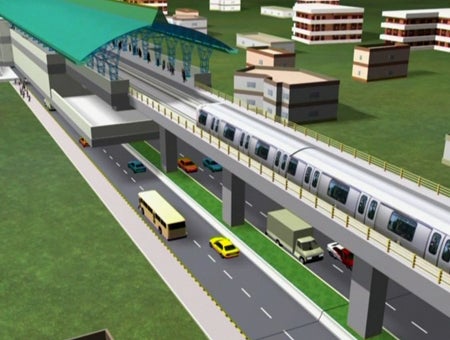 Hyundai Rotem secured the contract over the other three companies shortlisted by L&T, including Canada’s Bombardier, Spain’s CAF and China’s CSR.

Under the contract, the trains are expected to be delivered nine months before the 72km, three-line project’s first section opens, which is scheduled for between late 2014 and early 2015.

Construction work for the entire network is set to be completed in phases from late 2014 to 2017, with the finished network set to carry around 1.5 million passengers a day.

Upon completion, the three-line network will be served by Hyundai Rotem’s rolling stock, covering a distance of 71km and serving 66 stations.

"The metro will be fully automatic and operated through a communications-based train controls system."

The metro will be fully automatic and operated through a communications-based train controls system.

In May 2012, France-based Keolis won a contract from L&T Metro Rail to operate and maintain the Hyderabad project for eight years.

The contract included three years of consultancy and pre-operation, as well as an option to extend it for a further three years.

During the construction phase, Keolis will advise and assist L&T in building and reviewing the system’s design for efficient operation.