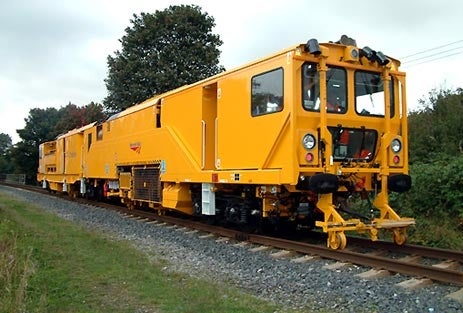 Harsco Rail group has secured contracts worth a total of $85m in the UK, Italy and India to provide maintenance services, deliver rolling stock and rail equipment.

The company has secured a multi-year contract extension in the UK to operate and maintain a fleet of Stoneblowers built by Harsco on behalf of Network Rail.

The Stoneblowers have been developed as an alternative to traditional tamping methods for the restoration of vertical and lateral track alignment.

Under the extended contract, Harsco will operate and maintain the Stoneblowers until mid-2015 with an option to extend the contract by a further two years.

Harsco has also secured a contract in Italy to supply rail grinder units for the construction and ongoing track maintenance of a new metro line being built in Milan.

The rail grinders have been specifically configured for the smaller passageways and tighter clearances found across Europe.

The grinding units will be built at Harsco Rail’s facilities in the US with scheduled delivery in 2014 and 2015.

Harsco will provide and operate a contract grinding service for the metro line until the delivery of the first grinding unit, as well as long-term local maintenance support after the grinders are delivered.

Under the contract, Harsco will provide long-term in-country maintenance support to the units after delivery.

The company has also secured orders in India to deliver additional Harsco P-811 Track Renewal Trains (TRTs), which are scheduled for delivery by early 2014.

The new TRTs will add to the existing fleet of seven TRTs that Indian Rail operates to undertake its track relaying programmes.

Photo: Harsco will operate and maintain Network Rail’s Stoneblowers until mid-2015, with an option to extend the contract a further two years. Image: courtesy of Network Rail.