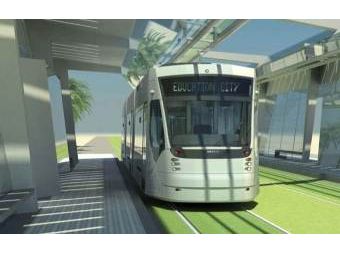 Under the deal, HLG will be responsible for the design and construction of track-work, tram-stops and depot facilities, including maintenance workshops and administration buildings.

The battery-operated trams are designed to reduce the flow of traffic by moving students around Doha Education City.

Work on the system will start immediately and is expected to be operational by the third quarter of 2015.

In July 2012, Siemens won a €100m contract from QF to build a tram system within its campus in Doha, Qatar.

Work on the system will start immediately and is expected to be operational by the third quarter of 2015."

Siemens will supply the QF with 19 three-unit Avenio trams, signalling and communication technology, electrification and depot equipment, as well as install four stations with platform-edge doors.

The tram system will serve 25 stations along the 11.5km route through the Qatar Foundation’s campus.

Image: HLG will design and build track-works and other infrastructure for the new tram system at Qatar Foundation Education City. Photo: courtesy of Habtoor Leighton Group.