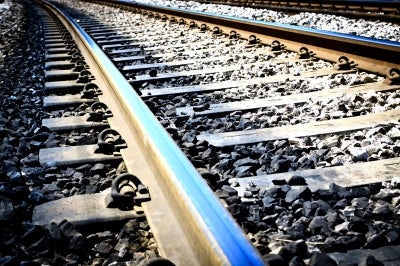 The Gulf Cooperation Council (GCC) states are set to establish a governing body, the GCC Railway Authority, to undertake a project involving the development and operation of a railway network for the region.

The project, a 2,200km railway line, is planned with an estimated investment of $200bn and also includes the construction of metro railway projects in Saudi Arabia, Qatar and Kuwait.

During an upcoming meeting between the Gulf countries’ transport ministers in late September 2013, the council intends to finalise terms for the formulation of the authority.

Gulf Cooperation Council Secretariat General (GCC-SG) World Bank – resident adviser Dr Ramiz Al Assar was quoted by the Times of Oman as saying that the council hopes to succeed in the formation of the GCC Railway Authority.

"Now the project is well under implementation stage and facing a lot of challenges and therefore, it requires this fundamental body," said Assar.

With construction expected to start by late 2014 or early 2015, the railway network will connect all the Gulf countries, starting in Kuwait and ending in Muscat, Oman.

"The council hopes to succeed in the formation of the GCC Railway Authority."

The council is also set to bring together the finance ministers of the region to discuss the project on 4 October in Bahrain.

The GCC-SG is currently working on developing a regional master plan schedule for all member states, with individual states’ schedules taken into account.

"The project is expected to be operational by the end of 2018 or the beginning of 2019," Assar said.

"Saudi Arabia has already started the construction work of 150km of pan-GCC railway project, while the UAE is moving ahead with implementation."

A feasibility-engineering study is planned for the construction of a rail connection between Saudi Arabia with Bahrain via a causeway.

Image: The proposed project involves the construction of a 2,200km pan-GCC railway network with an estimated investment of $200bn. Photo: graur codrin.