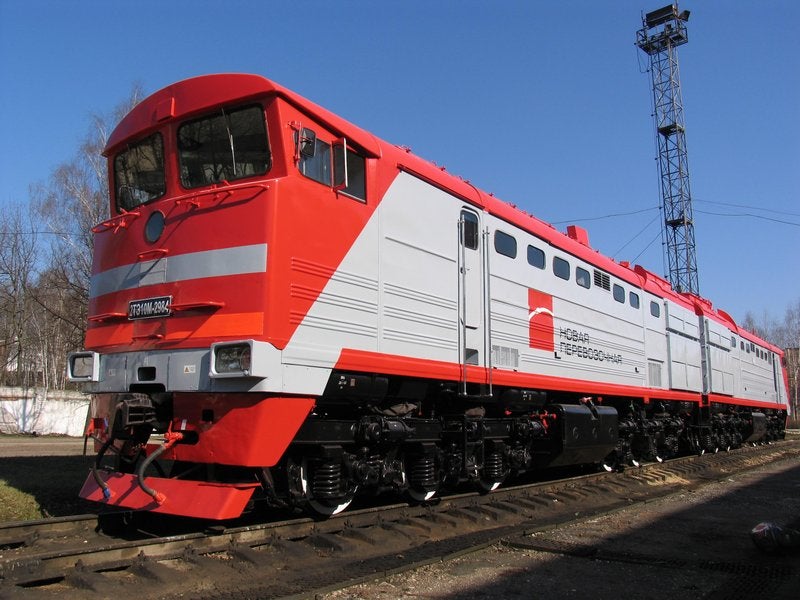 The European Bank for Reconstruction and Development (EBRD) will provide a loan of RUB2.5bn ($77.6m) to Russian freight rail operator Globaltrans for the modernisation of its fleet.

The loan will be used to finance a substantial number of the 10,000 freight railcars contracted to the company, as well as enable investment in railway engines once liberalisation of the locomotive market is completed.

Around $30bn is expected to be needed to upgrade Russia's locomotive fleet over the next 15 years. EBRD said that it has invested close to $1.6bn in 13 railways and associated projects in the country since the sector's structural reform started in 2001.

Globaltrans said that it has taken delivery of the 10,000 railcars contracted as part of its CAPEX programme announced in December 2011.

Additionally, the company has also contracted for an additional 958 railcars, which are expected to be delivered by the end of August 2012.

"Russia, which currently has the second largest railway network in the world after the US, is expected to need between 400,000 and 500,000 new railcars over the next ten years."

Currently the Russian company operates 56 locomotives and aims to further expand the area of business after getting the relevant legal and regulatory framework.

As part of the expansion, Globaltrans had acquired Metalloinvesttrans, the railcar unit of iron ore miner Metalloinvest, for $540m in May 2012.

The acquisition will help the company increase its train fleet by about 60,000 railcars by mid-2012, strengthening its position as an independent private freight rail group in Russia.

Metalloinvesttrans operated 9,202 railcars as of 31 December 2011, out of which 8,256 are owned by the company and the rest leased.

The acquisition of Metalloinvesttrans will increase its market share in the metallurgical cargo transport sector to an estimated 15%.

Russia, which currently has the second largest railway network in the world after the US, is expected to need between 400,000 and 500,000 new railcars over the next ten years, according to an EBRD estimate.

Image: Globaltrans will use the EBRD loan to finance a part of the 10,000 freight railcars it acquired. Photo: courtesy of Globaltrans.