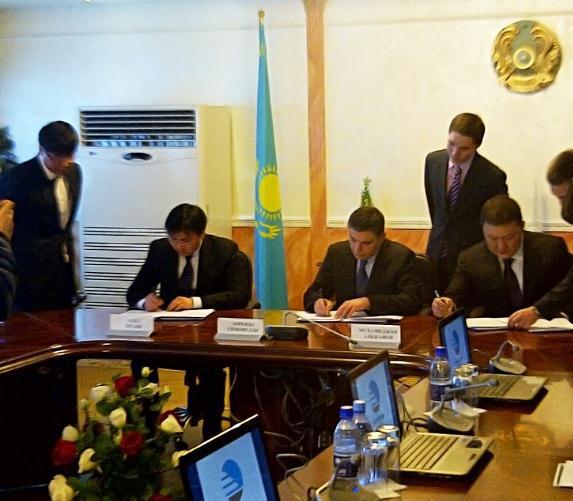 GE Transportation has signed an agreement with JSC Remlokomotiv, a subsidiary of Kazakhstan Temir Zholy (KTZ) and Transmashdiesel to form a joint venture for the production of diesel engines in Kazakhstan.

The deal follows the conclusion of a memorandum of understanding (MoU) between the participating companies on 23 May 2012.

The plan is subject to approvals from Kazakhstan’s Government and regulatory agencies.

The JV will build a new, 97,000ft2 facility in the country’s capital, Astana, to annually produce 400 Evolution Series diesel engines.

The plant will produce eight, twelve-and sixteen-cylinder engines with capacities ranging between 2200 and 4500kW, to be primarily used in the manufacture of Evolution locomotives and in the modernisation of Russian locomotives, as well as shipbuilding and stationary power production.

"KTZ has already secured a $425m loan from the Export-Import Bank of the US."

GE will invest $400m during an eight-year period to produce diesel electric locomotives, while its JV partners will invest about $90m to develop the new facility at Astana.

KTZ has already secured a $425m loan from the Export-Import Bank of the US to finance the purchase of locomotives from GE.

The locomotives are to be assembled at the Astana facility of Lokomotiv Kurastyru Zauyty (LKZ), a wholly-owned subsidiary of KTZ.

GE said the Evolution Series diesel engine is the most successful and technologically advanced, fuel efficient and low emission-producing engines developed as part of its ‘Ecomagination’ initiative.

Image: GE, KTZ and Transmashdiesel signed a deal for the production of diesel engines in Kazakhstan. Photo courtesy of GE Transportation.