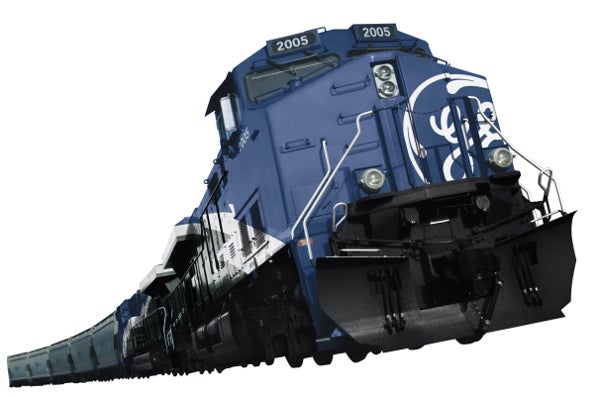 GE said that the new locomotive will be the first to meet the US Environmental Protection Agency’s (EPA) Tier 4 emission standards, set to take effect in 2015.

Compared to engines first introduced in 2005, the new locomotive will decrease constituent emissions by more than 70%.

The 12-cylinder, 4,400hp locomotive will reduce diesel engines’ emissions of nitrogen oxide (NOx) by 76% and production of particulate matter by 70%.

The EPA’s Tier 4 industry standards require reduction of locomotive emissions to control the potential environmental effects associated with these emissions.

"Compared to engines first introduced in 2005, the new locomotive will decrease constituent emissions by more than 70%."

The new engine technology is the result of an initial six-year, $400m investment, followed by a two-year, $200m investment to fine tune the research, design and engineering to meet Tier 4 standards.

GE has worked with with its operations and maintenance teams to test the new locomotive functionality, and collected feedback from its North American Class I railroad customers about safety, reliability, fuel usage and operational needs.

The company has also collaborated with its global research centre and other businesses to develop the Evolution Series engine, improving key engine systems and components, as well as other support systems.

GE is planning to build its Tier 4 Evolution Series Locomotives at one or both of its US locomotive manufacturing sites in Erie, Pennsylvania and Fort Worth, Texas.

The company will build its Tier 4-compliant diesel engines at its manufacturing plant in Grove City, Pennsylvania.