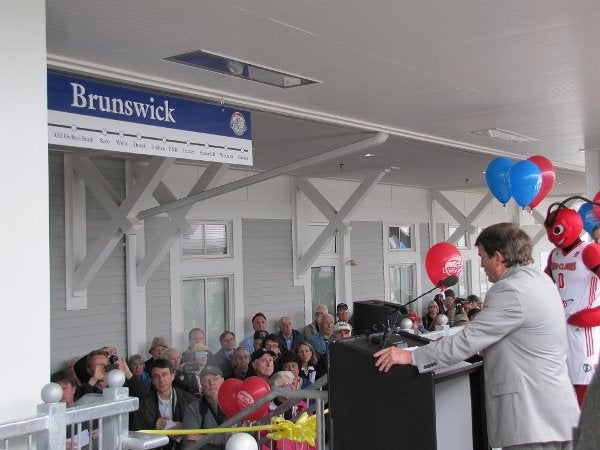 The US Federal Railroad Administration (FRA) has opened two new train platforms in Brunswick and Freeport, Maine, US, which will serve Amtrak's Downeaster line when the service is extended later in 2012.

The project is funded through a $38.3m grant from the American Recovery and Reinvestment Act (ARRA) and an additional contribution from the state of Maine.

Under the project 28 miles of the Downeaster line was upgraded, 36 highway-rail grade crossings were improved, while it also included the wayside signals and installation of signals on the Brunswick Branch.

Federal Railroad Administration (FRA) Administrator Joseph Szabo said: "The Northern New England Passenger Rail Authority (NNEPRA) delivered this project on time and on budget, and when the line opens in the fall it will increase tourism and mobility choices for residents from Boston to Brunswick."

Passenger rail services have not been running at the Brunswick and Freeport areas since 1959.

Currently the Downeaster line runs from Portland and Boston in Old Orchard Beach; Saco and Wells in Maine; Dover, Durham and Exeter in New Hampshire; and Haverhill and Woburn in Massachusetts.

Since the passenger service between Portland and Boston started in 2001, the line has carried more than 4 million passengers, while serving more than 500,000 passengers every year, which is expected to increase by 36,500 a year to Brunswick.

NNEPRA has also secured a grant of $21m from FRA that would help reduce congestion on the rail corridor, as well as increase the reliability of the Downeaster service south of Maine. It is also expected to improve the Massachusetts Bay Transportation Authority (MBTA) rail line that is used by Downeaster.

Work on the project, which includes a new mainline track and installation of a section of double track to eliminate an existing bottleneck, is expected to start in the summer of 2012.