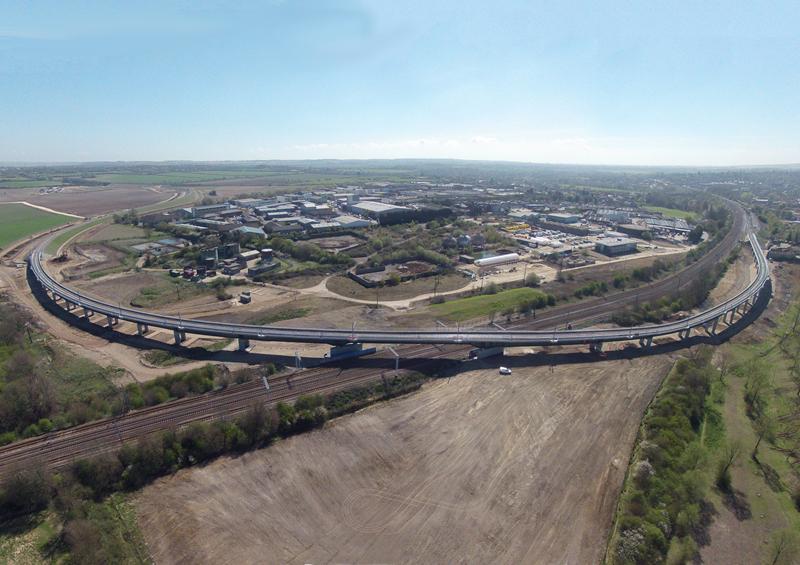 The new two kilometre single-track rail link will remove a bottleneck on the East Coast Mainline (ECML) from King’s Cross having to navigate three other lines to switch to the Cambridge line.

Initially three services per day will be run by First Capital Connect along the new flyover, in preparation for the start of full commercial services in December 2013, when the new rail link will be used by about 600 trains per week.

Network Rail route managing director Phil Verster said the new Hitchin flyover will make a real difference to passengers who travel on the ECML and also for people travelling to Cambridge and beyond.

"Improving the railway at Hitchin will solve the problems caused by the current track layout and help meet growing demand on the railway," Verster said.

"The new two kilometre single-track rail link will remove a bottleneck on the East Coast Mainline (ECML) from King’s Cross."

"The work we have done has cleared one of the major bottlenecks on the route and is part of our wider effort to improve performance and increase capacity on the railway."

"We have worked closely with Network Rail to ensure the flyover delivers real improvements for our passengers and we look forward to working with them on other ways to improve our customers’ journeys in the future," Townsend said.

The new rail link is expected to reduce delays by nearly 30,000 min every year and create capacity for additional services when new timetables are developed.

Network said in the last ten years passenger traffic between Peterborough and London has increased by 35%, with an 18% rise in journeys between London and Cambridge.