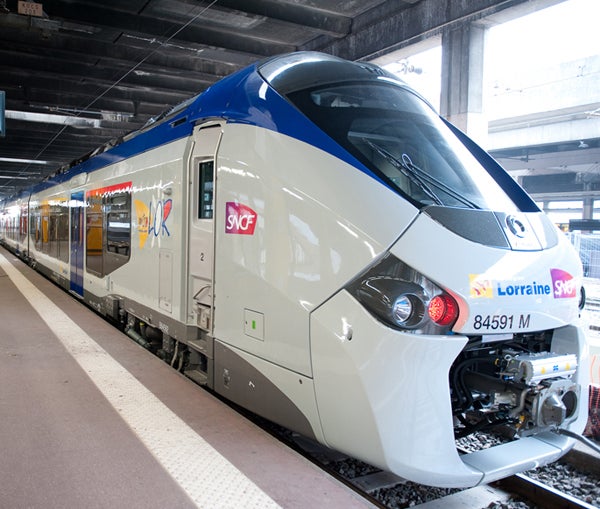 Alstom has delivered the first of ten Régiolis bimodal trains to the French region of Lorraine, marking a key step in the roll out of the country’s next-generation regional trains.

12 French regions placed orders for 182 Regiolis trains as part of a contract signed by Alstom and SNCF, France’s national railway company, in 2009.

Lorraine is France’s second region, after Aquitaine in July 2013, to take delivery of the Regiolis train.

The ten Regiolis bimodal trains will be 72m long, and will have the capacity to accommodate up to 219 passengers.

Alstom’s Regiolis trains, part of the company’s Coradia range, have travelled around 250,000km, and are scheduled to complete the certification phase in October 2013.

Regiolis trains are available in three lengths – 56m, 72m or 110m – with a selection of four comfort levels to suit the travel distance.

Alstom said that the trains are energy and cost-effective, and are accessible to disabled passengers via integral, platform-height low floors.

"12 French regions placed orders for 182 Regiolis trains as part of a contract signed by Alstom and SNCF, France’s national railway company, in 2009."

The trains will commence operations upon receiving their Commercial Operation Permits from the French Railway Safety Board.

Lorraine’s Regiolis trains will be equipped with a passenger-counting system, space for bike storage and door-recognition assistance.

In addition to the Lorraine Region, trains for Alsace, Aquitaine, Lower Normandy and Picardie will be delivered by the end of 2013, with initial commercial services set to begin in 2014.

Around 100 Regiolis trains are expected to be delivered by late 2014.

The manufacturing of Regiolis trains has created more than 4,000 jobs in France at Alstom and its suppliers.

Image: Regiolis trains in the Lorraine region will be equipped with a passenger-counting system, space for bike storage as well as door-recognition assistance. Photo courtesy of Alstom Transport.