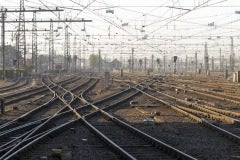 The European Commission (EC) has started legal proceedings by issuing a ‘formal request’ to the UK and France to reduce charges for trains running through the Channel Tunnel, as passengers and freight operators have been overcharged for using the service.

France and the UK have been given two months to respond to the EC’s concerns; if they fail to do so, the issue could be taken to the European Court of Justice, with possible fines for the countries.

European Commission vice-president Siim Kallas said that due to the excessive charges, the Channel Tunnel is currently not being used to its full capacity.

"As a result, more freight is being carried on lorries instead of by rail, freight operators and their customers are being over-charged, and passengers are paying over-the-odds for their tickets," Kallas said. "The current regime is also stifling growth in the rail sector."

Only one rail passenger operator, Eurostar, runs passenger services through the Channel Tunnel; there are several rail freight operators but they only send around six trains a day through the tunnel.

The Commission said that up to 43% of the Channel Tunnel’s capacity is currently unused and the existing track access charges for use of the tunnel infrastructure do not appear to be based on direct costs or the long-term investment costs of building the tunnel.

"Due to the excessive charges, the Channel Tunnel is currently not being used to its full capacity."

Eurostar, which runs services between London, Paris and Brussels, pays Eurotunnel around €4,320 per one way journey, plus a fee of €16.6 per passenger depending on the time, while freight services are charged at around €3,645 per train one way.

Rail passenger traffic has increased slowly in recent years, with 9.9 million passengers using the Channel Tunnel in 2012 compared to 9.7 million people in 2011.

"FTA now calls upon the governments to change the existing arrangements, in order to promote the use of rail freight through the Channel Tunnel, which would help meet the Commission’s objectives of moving freight off roads and on to rail," Welsh said.

Image: Due to the high charges from Eurotunnel, about 43% of the Channel Tunnel’s capacity is reportedly unused. Photo:courtesy of the European Commission.