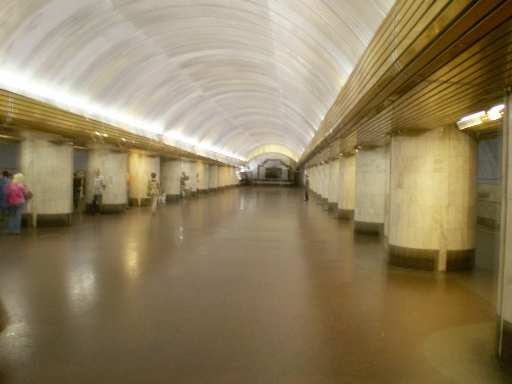 The European Bank for Reconstruction and Development (EBRD) has agreed to provide a €152m loan to Ukraine to finance the extension of the first metro line in the city of Dnepropetrovsk.

Under the project, the existing 7.8km, six-station metro line from Komunarivska to Vokzalna will be extended by 4km and three new metro stations will be added at Teatralnaia, Centralnaia and Muzeinaia.

The European Investment Bank (EIB) is expected to co-finance the project on an equal basis for the completion of the existing metro line, which will connect the suburbs with the city centre.

EIB’s technical cooperation funds will be used to support the optimisation of transport routes in Dnipropetrovsk.

In addition to the EBRD loan, the Ukranian government is contributing €61m for the extension of the Dnepropetrovsk Metro, which opened in 1995.

EBRD director for municipal and environmental infrastructure Jean-Patrick Marquet said that the funding is to support the development of clean, efficient and modern urban transport in Ukraine.

"The Ukranian government is contributing €61m for the extension of the Dnepropetrovsk Metro."

"The existing transport system, which is based on ageing and polluting buses and minibuses, is no longer good for the city," Marquet said. "By introducing a sustainable and clean urban transport we bring a range of environmental and economic benefits, such as travel time savings, a reduction in the reliance on private car travel and lower emissions."

The extension of the metro line, which is operated by three-car trains, is intended to meet the increase of passenger traffic, expected to double to over 20 million by 2026.

The European Union’s Neighbourhood Investment Facility will provide a fund of around €900,000 for the project, which will be used for electronic ticketing, corporate development, public service contracting, procurement and implementation support.

Image: The existing Dnepropetrovsk metro line from Komunarivska to Vokzalna will be extended by 4km.