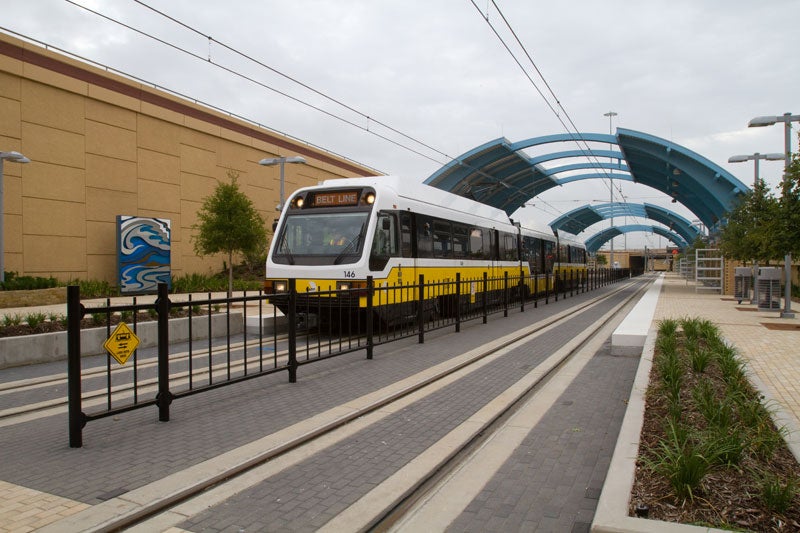 Dallas Area Rapid Transit (DART) has opened the first 7.2km section of the 22.5km Orange Line from Dallas to Irving in Texas, US.

The new section, which includes three new light rail stations running from Bachman Station and serves the University of Dallas, Las Colinas Urban Center and the Irving Convention Center, is the first part of the $1.2bn Orange Line project.

DART president Gary Thomas said: "With the opening of the Orange Line, thousands of people now can reach one of the region’s densest employment centres via public transit."

Completion of the section is the culmination of more than 12 years of planning by DART, the city of Irving, the Las Colinas Association and the Dallas County Utilities Reclamation District.

The Orange Line’s 6.9km stretch to North Lake College and Belt Line Road is scheduled to open in December 2012. At Belt Line Station, passengers will be transported via buses to and from Dallas Fort Worth (DFW) International Airport.

The remaining 8.4km section to DFW International Airport is expected to be completed in 2014, linking downtown Dallas to the airport.

"The Orange Line’s 6.9km stretch to North Lake College and Belt Line Road is scheduled to open in December 2012."

Initial tests were made on the first section of the line for train movements, the overhead electrical system, and vehicle clearances in advance of the start of integrated testing and safety certification.

According to DART officials, the Orange Line is a core project of the agency’s $3.4bn light rail expansion programme to extend the network by 145km.

In 1996, Irving voters made the decision to continue paying a one cent sales tax to DART rather than using the revenue to modernise, expand and place a roof over the old stadium.

With the opening of the new stations, DART had adjusted its bus schedule and moved many routes away from the old North Irving Transit Center.