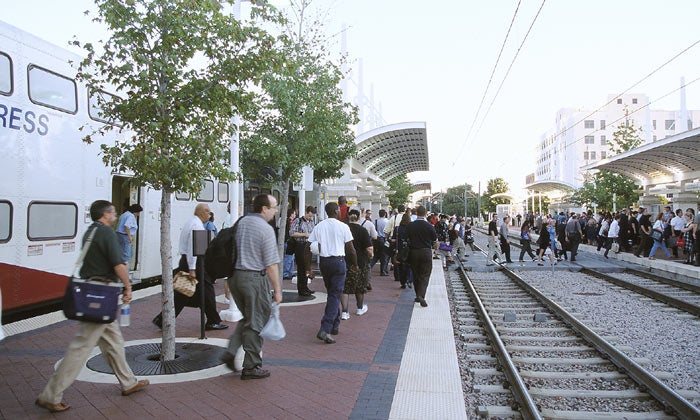 Architecture firm HDR will act as lead designer for the project, which will be the first modern tram line in Dallas.

The line will run from the intersection of Colorado Boulevard and Beckley Avenue to Young Street, passing through Zang Boulevard and the Houston Street Viaduct.

Major work on the project will include the rehabilitation of the 100-year-old Houston St. Viaduct Bridge, through which the light rail will pass, across the Trinity River floodway connecting the South Dallas community of Oak Cliff with downtown areas.

Power for the locomotives will be supplied through battery to avoid the installation of an overhead catenary system on the historic bridge, which will allow it to operate without an overhead wire for almost a mile as it crosses the bridge.

"Architecture firm HDR will act as lead designer for the project, which will be the first modern tram line in Dallas."

A new type of tram rail will be used for the line, which will have a reduced height to minimise the impact to the bridge by adding a thick track slab.

The US Federal Transit Administration will provide $26m to the $39m project through a Transportation Investment Generating Economic Recovery (TIGER) grant, while around $12m will be raised from regional toll revenue.

Design work for the project is expected to be completed by April 2013 with construction scheduled to commence by June 2014.

The line is planned to be expanded further south into the Bishop Arts District, through downtown Dallas, and to connect to communities living within a three-mile radius, including the Design District and Deep Ellum.

Image: The 1.6-mile line will start at Union Station in downtown Dallas, passing through the Houston Street Viaduct and terminating at Colorado Boulevard. Photo: courtesy of Dallas Area Rapid Transit.